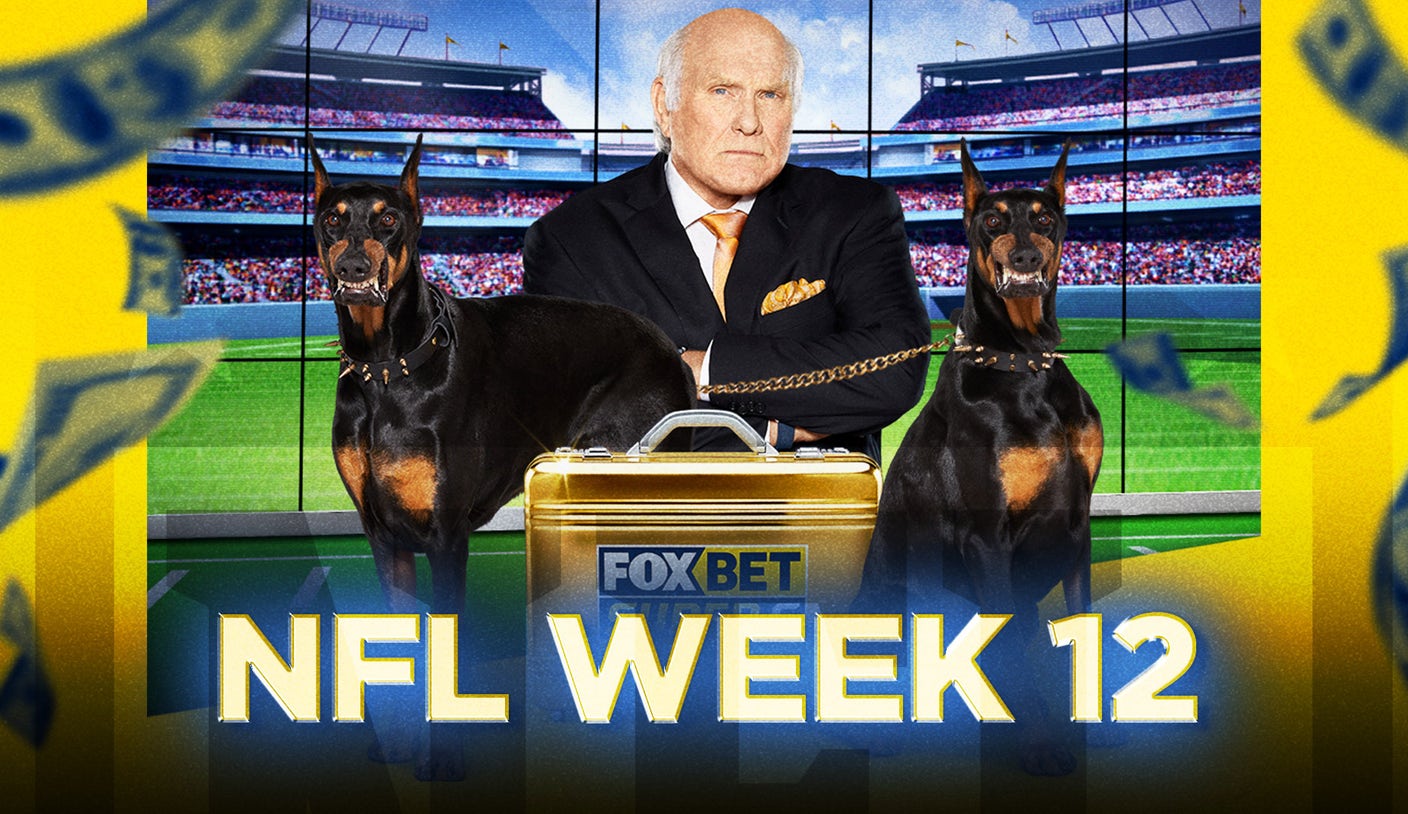 Food, family and football. Thanksgiving is here, so of course, those are the unofficial themes for Week 12 of the NFL. Add to that list shopping, hardcore napping and counting down the days til the new year. Are we getting ahead of ourselves?

Okay, fine. Back to the football.

There are some pretty incredible games on the slate this week. The Giants and the Cowboys square off in the premiere Turkey Day showdown — a matchup you can win $25,000 on and a brand-new truckcourtesy of Michael Strahan. And since Sunday is jam-packed with must-see games, we’re giving you a chance to win Terry’s money in the FOX Bet Super 6 NFL Sunday Challenge.

FOX Bet Super 6 is a free-to-play contest where you pick the winners of all six marquee games with their margins of victory for a chance to win $100,000 in our NFL Sunday Challenge. Just download the FOX Bet Super 6 app on your phone or mobile device, make your picks and submit your selections before Sunday’s games kick off.

It’s easy and so much fun. More importantly, it’s FREE!

So when your buddies come over for Friendsgiving, make sure they download the app and play, too, because $100,000 is a pretty penny, and people really do win.

Before you make your picks, dive into our predictions!

This is a tough game.

It’s hard to bet against Joe “Cool” Burrow and Cincy’s third-ranked scoring offense. But it’s also a tough spot to be in when you have to bet against the Titans. Tennessee’s King Derrick Henry leads the league with 1,010 rushing yards this season, so who’s stopping him? Exactly. No one.

Currently, FOX Bet has Cincy as a 2.5-point favoriteand we agree with the oddsmakers here. It will be close, but it will be Burrow and the Bengals.

The Russell Wilson-led Broncos have as many wins as the quarterback-shuffling, head coach-firing Panthers? Absolutely no one saw this coming.

And you can blame it on Russ or the team’s lack of effort, but Denver’s offense ranks 32nd in scoring, and the Broncos have only scored a touchdown in 36.4% of red zone trips this season.

The Panthers are a team in peril, too. Their 28% third-down conversion rate is the worst in the league, and they’re trotting out Sam Darnold as QB1 this week. Darnold is 17-32 in career starts.

Look for the Broncos to snap their two-game losing streak and salvage — if not their season — at least a modicum of pride.

Prediction:
Broncos by 4 to 5 points

Fade the Browns. Back the Buccaneers.

The last time these teams faced each other was Week 7 of the 2018 season. Tampa Bay won 26-23 in overtime. But Brady and his boys will lift the Bucs to a more convincing win this year.

Cleveland ranks 31st in scoring defense, and the team’s minus-six turnover differential ranks 29th in the NFL. And while Tampa Bay has gone 0-3 SU against AFC opponents this season, we’re betting on Brady to get the best of the Browns in Week 12.

Prediction:
Buccaneers by 8 to 10 points

How bad is Bears QB Justin Fields‘ shoulder injury? Will his questionable status be upgraded to active by Sunday? Since Chicago’s success hinges largely on Fields’ health, knowing his availability will be key to predicting this matchup.

Even though Chicago is 3-8 on the season, the second-year QB has been electric leading his team’s offense. Fields is only the second player in the Super Bowl era to have at least one passing TD and one rushing TD in five consecutive games. The Bears’ 197.9 yards per game lead the NFL in rushing offense as a team. Their last three losses have been by three points or fewer.

Keep an eye out for the injury report, but if Fields is good to go, we like Da Bears.

We faded the Falcons in Week 11, and we’re going to do it again. And that’s because the artists formerly known as the Washington Football Team are singing a tune this season that we love. Let’s shine the spotlight on Taylor Heinicke.

Since Taylor took over the starting quarterback position for injured Carson Wentzthe Commanders have played with a level of chemistry that we didn’t see on Carson’s watch. They are 5-1 over their last six matchups, and with Taylor at the helm, Washington was able to pull off an upset of then-undefeated Philadelphia.

The Commanders defense is pretty good, too. That unit allows an average of 308 yards per game, which is good for the league’s sixth-best total defense.  It also helps they are getting a stud back in Chase Young.

Washington at home with the win is our call.

Prediction:
Commanders by 4 to 5 points

We really could stop there, but we’ll play along.

The Rams are taking it on the chin with a host of unfortunate injuries, and they’re 2-7-1 ATS and 3-7 SU this season. Quarterback Matthew Stafford is 1-9 SU when he’s a double-digit underdog as a starter in his career. But he exited LA’s loss to the Saints with a suspected concussion and is listed as questionable for this matchup.

The 8-2 Chiefs are on a four-game winning streak and firing on all cylinders. They have the league’s best scoring offense, and Patrick Mahomes’ 3,265 yards and 28 passing touchdowns are also a league-best.

The Chiefs are 14.5-point favorites. We like KC to start fast and pile on the points early in a rout.

Prediction:
Chiefs by 14 to 17 points

Now, it’s your turn to jump in and win some money!

After you download the app and submit your selections for the upcoming contest, be sure to share your picks with us by tagging @FOXSuper6 and @EricaReneeD and using the #EricaSuper6 hashtag across all social media platforms.

Let’s win some cash in Week 12 and make this Thanksgiving one to remember!

World Cup 2022 odds: How to bet United States vs. Netherlands

Moises Caicedo responds for Ecuador, only for Senegal to regain the lead minutes later thanks to Kalidou Koulibaly | 2022 FIFA World Cup