FIFA World Cup Qatar 2022™
More
Search
HomeFIFA 2022Jedi Robinson has personal motivation to summon the force for US vs.... 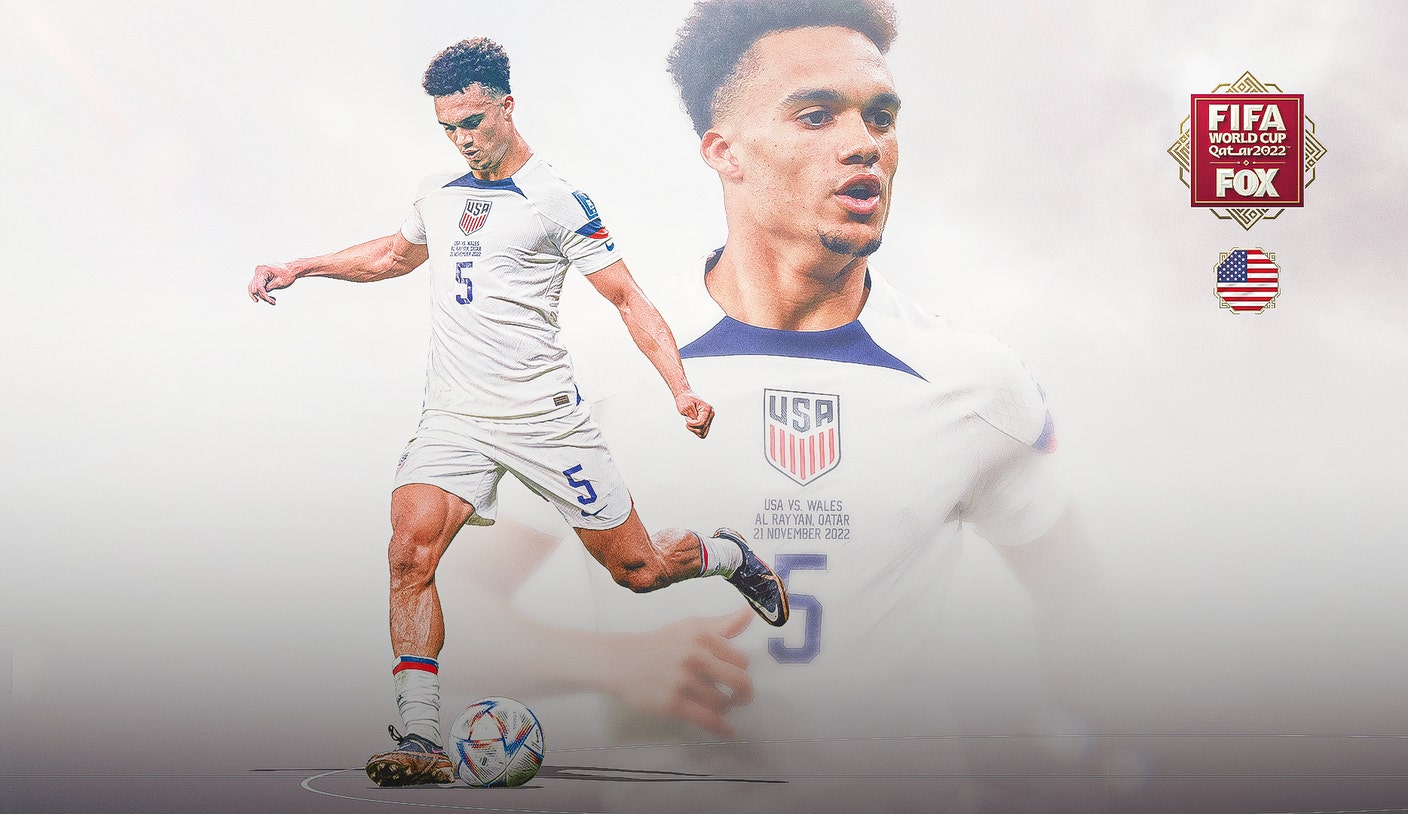 Jedi Robinson has personal motivation to summon the force for US vs. England

When the United States men’s national team was placed into a group with England in the World Cup draw earlier this year, Robinson says he “couldn’t have been happier.” That’s because, for the starting left back for the USMNT, this one is personal.

Robinson grew up in Liverpool, England, but was overlooked by the Three Lions when he was a kid coming up through Everton’s academy, which ultimately led him to join the U.S. national team instead. And even though Robinson had that childhood in England and now plays in the Premier Leaguethe 25-year-old says he doesn’t have any close friends on the English national team nor any family or friends with divided loyalties.

“They’ll all be rooting for me,” Robinson says. “Nobody will be supporting England.”

The Americans enter Friday’s match against England, one of the World Cup favorites (2 p.m. ET on FOX and the FOX Sports App), under slightly more pressure to finish in the top two of Group B after a 1-1 draw against Wales on Monday. As underdogs, they’ll need the”Star Wars” fan who chose the nickname Jedi at 5 years old – a nickname he still prefers to his given name (“I feel weird being called Antonee”) – to summon the force against England.

[How does USA advance? Tracking scenarios]

“That means a lot to be able to play against [England] and show what I can do on that stage,” says Robinson, a dual-citizen through his father, who played soccer at Duke and was his childhood coach. “That’s gonna be amazing.”

The “FIFA World Cup Live” crew discusses England’s striker Harry Kane and his ankle injury. They discuss how the United States could benefit from the striker’s injury if he doesn’t play on Friday.

Robinson wasn’t the biggest star at Everton and dealt with injuries, which impacted his minutes on the field. When he was 16, a time he calls the “make-or-break” period of his early career, Robinson had not been called into England’s U18 national team, getting bypassed in favor of the “favorite guys,” he says. He was called in by Team USA, however, and decided to take advantage of that opportunity.

“I was going through a time where I wasn’t playing as much as I wanted to and it didn’t feel like I was one of the players that people seemed to think would make something of themselves in the game compared to other [English] players,” Robinson says. “That’s when the States first reached out to me. I got a U18 call-up and I never got a call-up for England.

“To get called up for the U.S. just made me feel 10-feet tall and improved my confidence a lot from there, especially coming back from injuries.”

After the USMNT failed to qualify for the 2018 World Cup, Robinson became part of the youth movement initially ushered in by then-interim coach Dave Sarachan, who was rebuilding the squad with rising talent. Around the same time, some of the most important players on this squad playing in Qatar – including captain Tyler Adams, Walker Zimmerman and Weston McKennie – also made their senior national team debuts.

[Must-read: Why Walker Zimmerman is the leader young USMNT needs]

“It was massive for me to get called up at that time,” Robinson says, who earned his first senior team cap on March 28, 2018, when he played a full 90 minutes and had an assist in a 3-0 win over Bolivia.

“When I got the call-up from the men’s [senior] national team,” he adds, “it was a no-brainer. It inspired hope in me as a player at the time.”

England’s U21 team eventually reached out, but Robinson remained loyal to the USMNT.

Now with 30 caps and two goals, Robinson has developed into one of the most important and valuable members of this American squad. He’s the only true left back on Gregg Berhalter’s roster, and the first one the USMNT has had in quite some time. He’s naturally left-footed and plays on the same side of the field as Christian Pulisicwho often cuts inside, allowing Robinson to get wide, make runs and send in dangerous crosses.

Due to a minor injury, Robinson missed the September friendlies against Saudi Arabia and Japan – the 2022 World Cup’s early Cinderella teams who have pulled off the biggest upsets so far with wins over global powerhouses Argentina and Germanyrespectively. Berhalter started Sam Vineswho recently broke his leg and did not make the 26-man World Cup roster, against Japan and Sergino Destwho more often plays right back, against Saudi Arabia. In Qatar, Dest and Joe Scally would be substitute options on the left side should Robinson not play a full 90 minutes.

Lack of depth at left back has been a persistent issue for the U.S., going all the way back to Frankie Hejduk in the 2002 World Cup, making Robinson all the more critical. Hejduk, who was a right-footed midfielder in the 1998 World Cup, was converted to left back in the 2002 tournament because the Americans didn’t have stronger options. The same thing happened to midfielder Eddie Lewis, who delivered the cross on Landon Donovan’s goal in a 2-0 Round of 16 victory over Mexico at the 2002 World Cup but played left back four years later. Same for Jonathan Bornstein in 2010 and DaMarcus Beasley in 2014, though he later embraced the position switch as it helped prolong his national team career.

‘We have to keep our heads held high!’ – Tyler Adams reacts to USMNT’s 1-1 draw vs. Wales

Tyler Adams stops by to talk with Jenny Taft about USMNT’s 1-1 draw vs. Wales.

Since his call-up to the USMNT, Robinson’s career has steadily risen. He’s a regular starter at Fulham, where he helped the club win the EFL Championship and promotion back to the Premier League for the 2022-23 season. He played a key role for the U.S. in qualifying, playing 13 of 14 matches during the Octagonal. He scored two critical goals, the first an equalizer in a 4-1 win at Honduras in September 2021 and the second being the winning goal in a 1-0 victory against El Salvador in January. He celebrated those goals, as he always does, with back flips.

His girlfriend hates it and worries he’ll break his neck, he says, but, “Unfortunately, I’m confident so I’m going to do it.”

“It’s one of those muscle-memory things,” adds Robinson, whose other talents include playing piano, the ability to solve a Rubik’s cube and card tricks. “I just know I can do it. It’s all part of the fun in enjoying the game for me.”

As the England match approaches, Robinson isn’t the only U.S. player with a personal stake. Yunus Musah and Cameron Carter-Vickers were also born in England and are now facing their home country in a World Cup.

“It’s a special game, for sure,” Musah said this week.

But for his part, Robinson would be lying if he said he wasn’t a little extra motivated for the England match.

“I want to win every game,” he says, “but I do want to beat them more than anyone, I think.”

World Cup Now: Netherlands wins Group A, but are the Dutch playing their best?