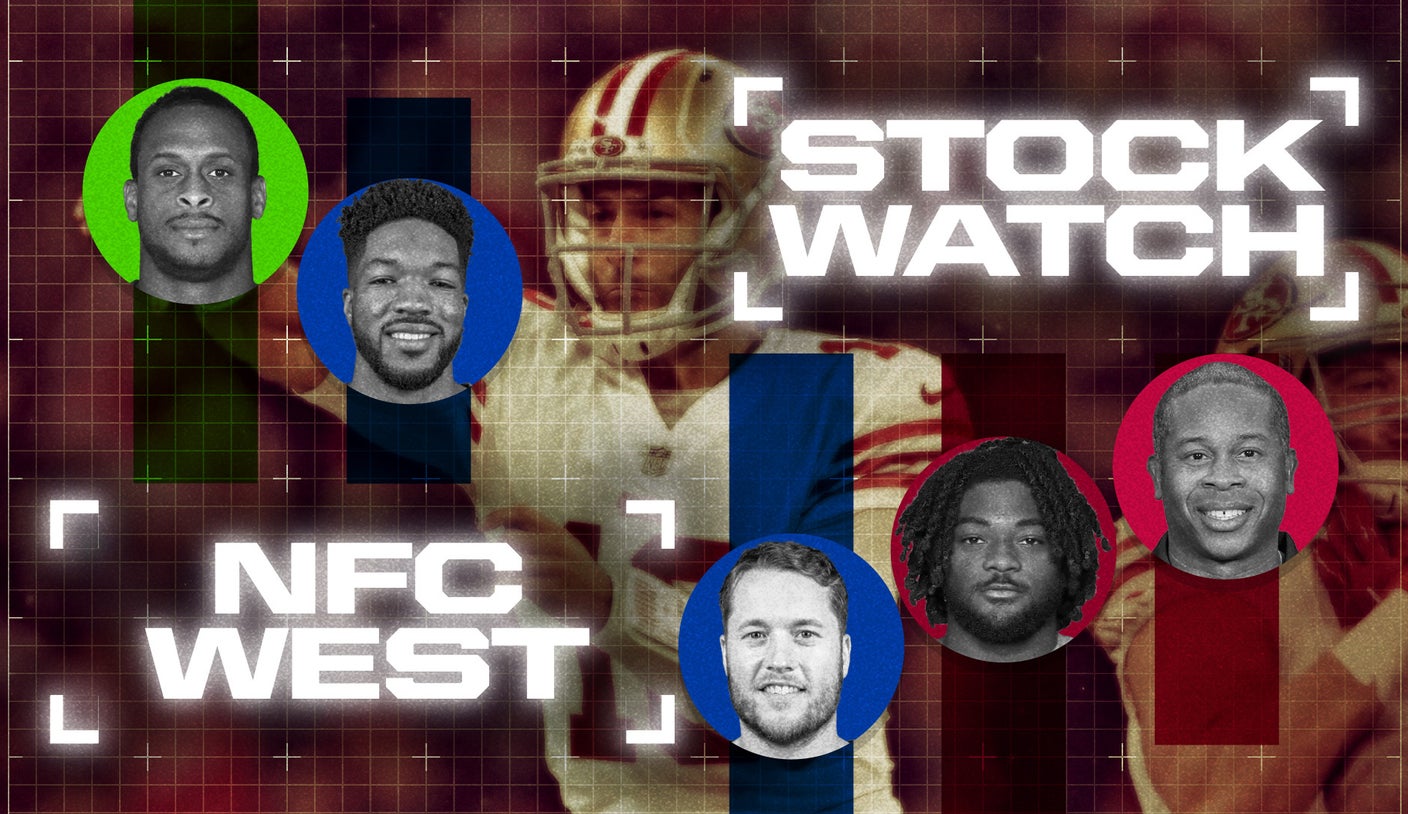 At 6-4, the san francisco 49ers have the look of a Super Bowl contender. Quarterback Jimmy Garoppolo has been one of the main reasons for San Francisco’s recent success.

During the team’s three-game winning streak, Garoppolo has completed 60 of 82 passes (73 percent) for 703 yards, with six touchdowns and no interceptions.

And Garoppolo has been impressive on third down, completing 16 of 23 passes for 198 yards, with four touchdowns and no interceptions. Garoppolo’s efficient play on the money down is why the 49ers are averaging 30 points a contest during the team’s win streak.

“Jimmy’s doing a great job, and I think he always has,” 49ers coach Kyle Shanahan said this week. “When Jimmy’s been healthy out there, we’ve had our guys around him, and he plays at a very high level.”

In San Francisco’s dominating, 38-10 victory over the Arizona Cardinals in Mexico City on Monday, Garoppolo completed 20 of 29 passes for 228 yards and a season-high four passing scores. It’s the fourth time he has thrown for four touchdown passes in his NFL career. According to Next Gen Stats, 71 percent of Garoppolo’s passing yards came after the catch.

However, San Francisco’s ability to consistently run the football has created comfort in the offense for Garoppolo. He’s been sacked just 16 times this season, and his four interceptions are a career low as a starter this deep into the regular season.

In games Garoppolo has not thrown an interception this year, the 49ers are 6-0. His 1.5 interception rate is also a career low for Garoppolo.

Of course, Garoppolo was not supposed to be the starter for San Francisco this year. Shanahan had moved on from Garoppolo, handing the reins of the offense over to second-year pro Trey Lance.

However, Garoppolo stayed at the team’s facility during training camp to rehab from shoulder surgery. And due to his injury, the 49ers failed to receive enough value on the trade market to move Garoppolo, choosing instead to re-sign him as Lance’s backup.

That move proved fruitful for San Francisco as Lance suffered a season-ending ankle injury in Week 2. Garoppolo once again has proved his value to the 49ers, with a 36-17 record as a starter since joining the franchise in 2017.

The guy San Francisco wanted to move on from continues to make plays for the franchise and ranks No. 4 in the league this year with a 104.1 passer rating.

49ers quarterback Jimmy Garoppolo: The addition of Christian McCaffreyalong with the return of Elijah Mitchell from injury gives San Francisco perhaps the best running back tandem in the NFL. And the 49ers’ ability to effectively run the football creates chunk plays in the play-action game for Garoppolo.

Seattle Seahawks QB Geno Smith: The West Virginia product signed a one-year, $3.5 million contract with incentives that could bring it to as high as $7 million to compete for the starting job with Drew Lock this offseason. But after the way he’s played through the first 10 games, Smith has earned a significant pay raise as he enters 2023 as a free agent. He’s completed a league-high 72.4 percent of his passes, with 17 touchdowns and just four interceptions.

The Seahawks could franchise Smith next offseason, but it would likely cost them north of $30 million for one year. It will be interesting to see how much attention Smith draws in free agency, or if the Seahawks try to get him signed beforehand. Either way, Smith has earned a big payday in 2023 because of the remarkable way he has led Seattle’s offense this year.

Los Angeles Rams OLB Leonard Floyd: With the Rams in need of pass rush help, Floyd finally showed up against the New Orleans Saintstotaling two sacks in his team’s loss on the road. It’s the second, multi-sack game this season for the Georgia product.

Floyd has five sacks on the year but is on pace for his lowest production since joining the Rams in 2020. Floyd finished with 10.5 sacks his first season and 9.5 during L.A.’s Super Bowl campaign in 2021. The Rams totaled 35 sacks on the year, good enough for No. 3 in the league.

Rams QB Matthew Stafford: The 34-year-old starting quarterback of the Rams suffered his second concussion of the season and had to leave the game in a loss to the Saints. With Los Angeles sitting at 3-7 and likely on the outside looking in when it comes to the postseason, it’s fair to wonder if it’s worth it for L.A. to hold Stafford out for the rest of the year.

Stafford has accomplished many things in his career, including winning his first Super Bowl last season. Stafford signed a four-year, $160 million deal this offseason, with $130 million in guaranteed money. He’s due to make $27.5 million in total compensation in 2023. Even though Stafford has three years left on his deal, family and health decision await the Texas native this offseason, as evaluates whether he wants to continue to play in 2023.

With Stafford’s availability in question and backup John Wolford dealing with a neck issue, the Rams signed former USFL star Case Cookus to the practice squad this week. Bryce Perkins is in line to get his first career start for the Rams at quarterback.

49ers WR Brandon Aiyuk: The rangy San Francisco receiver was a playmaker in the red zone, with two scores there in a win over the Cardinals. However, it’s what Aiyuk did after his second one that garnered some attention.

Aiyuk threw ball toward the back of the end zone in Mexico City, with the pass ricocheting off a cameraman. Aiyuk immediately saw the error of his ways and can be seen apologizing to the man afterward, a photographer for the team. Might just want to spike it next time, Aiyuk.

Arizona safety Buddha Baker questioned his team’s effort afterward. The Cardinals have given up at least 30 points on five occasions this year. Joseph’s defense had been one of the few bright spots in a disappointing year for Arizona, but on Monday they struggled mightily on that side of the football.

Eric D. Williams has reported on the NFL for more than a decade, covering the Los Angeles Rams for Sports Illustrated, the Los Angeles Chargers for ESPN and the Seattle Seahawks for the Tacoma News Tribune. Follow him on Twitter at @eric_d_williams.

Becky Lynch, Alexa Bliss and Nikki Cross compete for a shot at the Raw Women’s Title | WWE on FOX

World Cup 2022 odds: How to bet Costa Rica vs. Germany