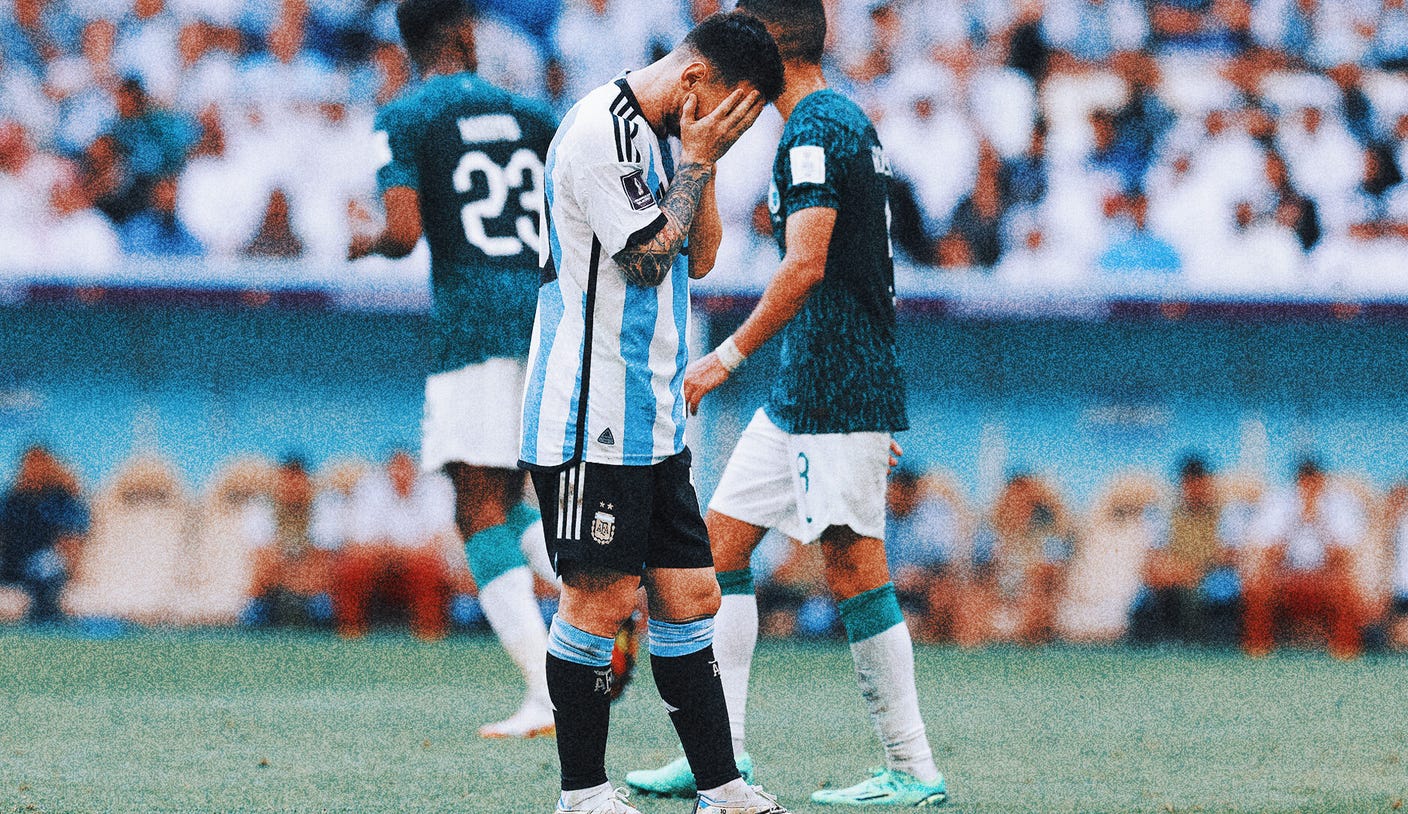 DOHA, Qatar — Lionel Messi and Argentina were on the receiving end of one of the biggest stunners in World Cup history Tuesday, as Saudi Arabia pulled off a monumental 2-1 upset at Lusail Stadium.

After putting his team into the lead with a first-half penalty in what was expected to be its easiest Group C clash, Messi was powerless to prevent a remarkable Saudi fightback that leaves Argentina in a precarious position after only one game.

On 48 minutes, Saleh Al-Shehri produced a low effort to level the score against the run of play, before Salem Al-Dawsari uncorked a spectacular right-foot strike from the edge of the penalty area that flew into the Argentina net.

From there, Argentina tried furiously to get back level.

Defending a 36-game unbeaten streak that included victory in the 2021 edition of the Copa America, Messi and company launched wave after wave of attack, but to no avail.

Saudi goalkeeper Mohammad Al-Owais was masterful — sometimes steady, sometimes exhilarating — with acrobatic saves and sprints from his area to clear away trouble.

Deep into injury-time, the keeper was involved in a scary moment that momentarily silenced the crowd. Al-Owais came flying off his line to punch the ball the clear, and his knee collided with the chin of teammate Yasser Al-Shahrani with terrifying force, causing minutes of medical attention and Al-Shahrani’s substitution.

Before time was up, Abdulelah Al-Amri headed one off the line and Al-Owais leaped athletically to pluck a looping header from Julian Alvarez, to seal the win.

Messi did all he could — but it was not to be his day, however much it has looked like it early on. The little maestro slotted home a 10th-minute penalty as Argentina took complete control in the initial stages. Before the first-half was over they were one goal ahead and had three more ruled out for offside. At the interval though, everything changed – and with it the face of Group C.

Despite a career in which he has been regarded as one of the two best players of his generation alongside Cristiano Ronaldo, Messi has never won the game’s biggest international prize with his country. At 35, this year might be his final chance.

It is not over, Argentina will have the opportunity to bounce back when it faces Mexico at the same venue Saturday before challenging Poland in its final group game. But its margin for error is razor-thin now.

Perhaps the Saudi performance was this World Cup’s first case of regional advantage, given that the nation borders Qatar and a huge contingent of Saudi fans were in attendance. Maybe it was proof the gap between soccer’s global elite and those trying to elevate themselves to that level is narrowing.

Will it go down as the biggest upset of them all? Saudi Arabia is ranked only 51st in the world but was imperious during the Asian qualification rounds, topping its group despite being pooled with regional heavyweights Japan and Australia.

Sure, it could be argued that Senegal’s triumph over reigning champion France in 2002, or Cameroon’s blockbuster against Diego Maradona’s Argentina in 1990 was even more surprising. Or not.

Never mind. This was a shocker that will take quite some beating and the story of whether Argentina and Messi can dig themselves out of this hole will be keenly followed from this point forward.