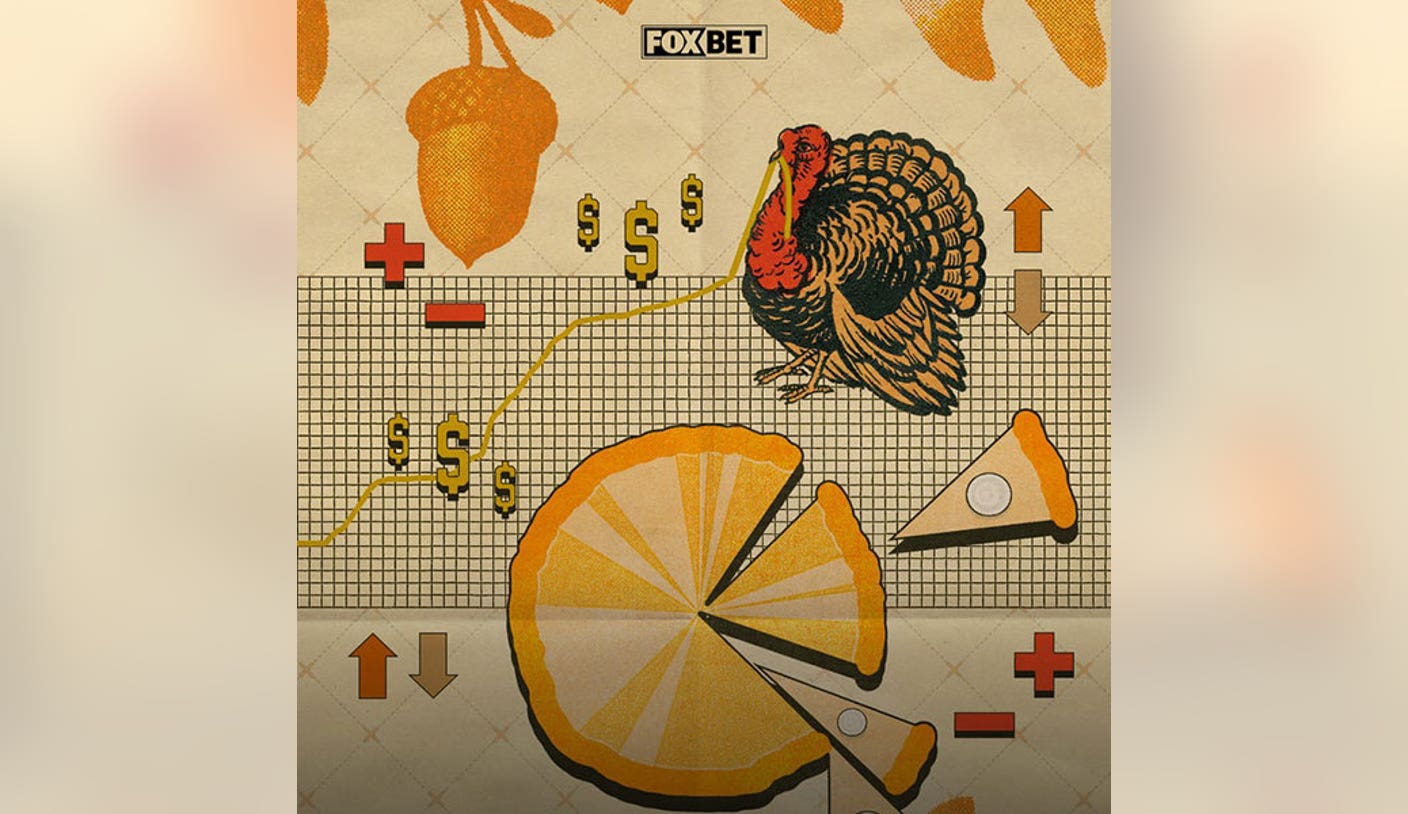 Turkey day is upon us! For the fun holiday, we wanted to give you all the insights we could on how to bet on the NFL Thanksgiving games profitably.

Last week’s trends piece highlighted a few winners we foresaw on top of a few shockers. First, trends correctly predicted the New England Patriots continuing their dominance against the New York Jets. We also were correct about the Buffalo Bills bouncing back and covering the 7.5-point spread against the Cleveland Browns. Additionally, we pointed out the Tennessee Titans becoming the seventh team in the last decade to cover in eight straight games. On the flip side, the New York Giants lost as home favorites against the Detroit Lionsand Patrick Mahomes failed to cover as a 5.5-point favorite against the Los Angeles Chargers despite winning the game.

As always, we did a deep dive into historical regular-season data to identify the best trends. We also looked at team- and player-specific trends, which should help inform you on who to bet on when it comes to these huge Thanksgiving games.

Bills should cover against Lions

All of our historical data points towards Sean McDermott’s squad covering for a second straight week as the Bills take on the Lions at 12:30 p.m. ET. FOX Bet currently has the Bills as 9.5-point favorites at Ford Field.

Below are some quick hitters that point towards betting on Buffalo:

Do Cowboys back-to-back wins prove it is their year?

With big back-to-back wins against the Vikings and Green Bay Packers, is this really America’s Team’s year?

Cowboys to keep rolling vs. Giants

Considering how strong both teams have looked this year, this was a tough matchup to call, but after the 40-3 thrashing that the Dallas Cowboys gave the then 8-1 Minnesota Vikings last week, we decided to follow the data and the hot team. Dallas has been a perennial participant in Thanksgiving games, dominating when a large favorite. FOX Bet currently has them as a 9.5-point favorite.

Bet on the favorite or Belichick?

The Vikings host the Patriots as 2.5-point favorites at 8:20 p.m. ET in the final Thanksgiving game of the day. As mentioned earlier, Minnesota is coming off a huge loss against the Cowboys, earning them their second loss of the season. Kevin O’Connell’s squad is now 8-2 SU on the year, compared to the Pats, who are 6-4 SU.

However, a couple of trends point in the Patriots’ direction as well. Under the leadership of coach Bill Belichick, New England is an astounding 10-6-2 ATS (62.5%) and 14-4 SU (77.8%) in games played on Thursdays. Belichick is also 3-1 ATS and SU (75%) when playing on Thanksgiving specifically, with his only loss coming in 2000.

So are you ready to place some NFL Thanksgiving bets? Head over to FOX Bet now for all your wagers!

Brenden Aaronson: From a New Jersey basement to the 2022 FIFA World Cup