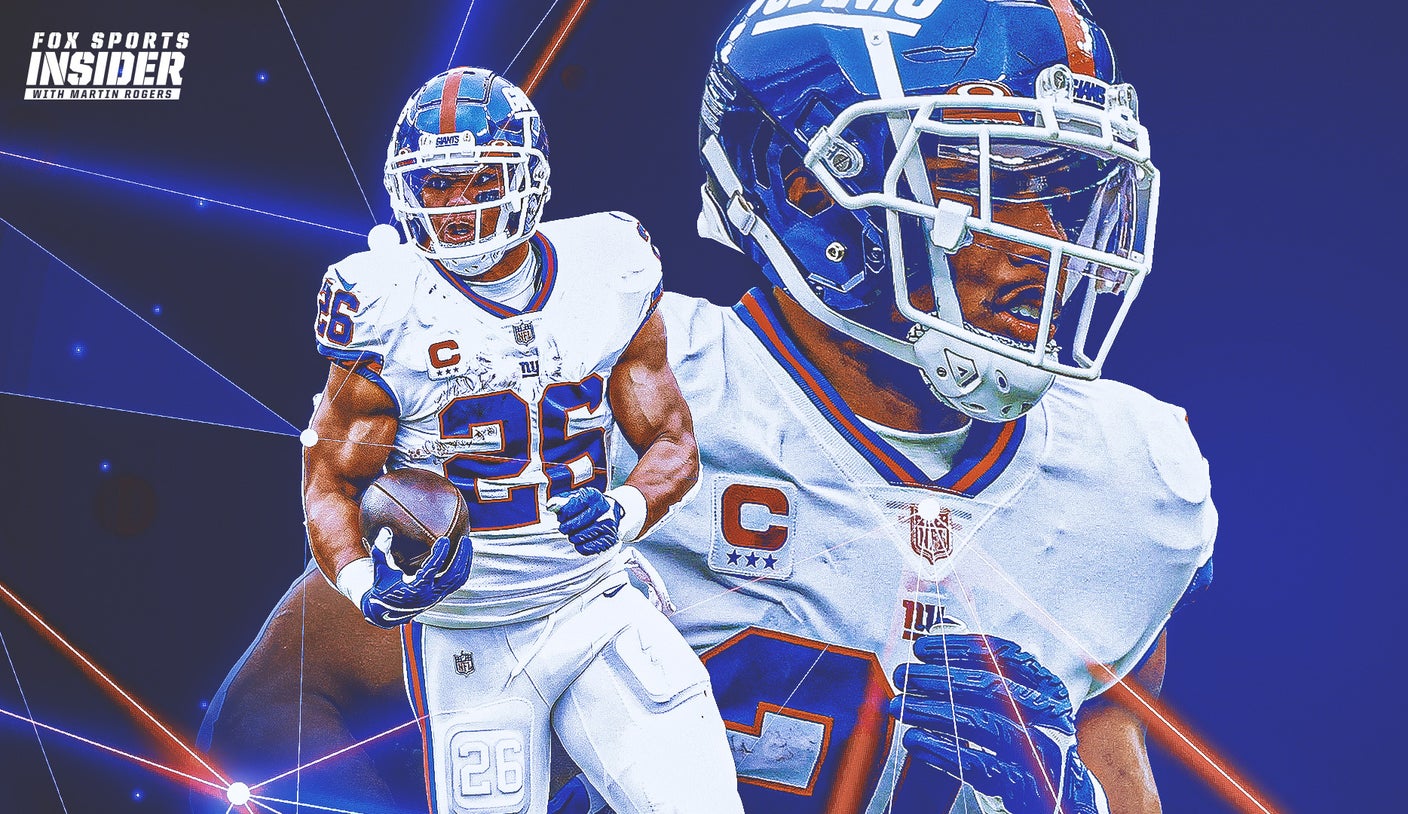 Saquon Barkley hopes there are grander occasions ahead, and, oh, wouldn’t the New York Giants just love for that to be true.

For now, though, this is the one. This game, this holiday, this clash with the Dallas Cowboysit’s worthy of a description — drumroll, please — that deserves its own sentence.

The most important game of Barkley’s career.

The Giants running back is a phenomenon and a joy, a force of powerful, intelligent rushing and one of the primary reasons Big Blue fans feel markedly better about life than they typically do at this point in a season.

Ahead of a crucial trip to Dallas, Giants coach Brian Daboll sits down with Erin Andrews to talk about his first season.

The rub is this: Just at the time when things are neatly sliding together and Brian Daboll’s team is giving a glimpse of a potentially glorious future, there is a monumental franchise decision to be made — and it all revolves around Barkley.

At the end of this season, the 25-year-old’s rookie contract will expire. He’s currently playing out his fifth-year option. Choices abound. It might be that there is more than one correct decision. Perhaps there are none. Either way, the Giants’ front office knows it is on the clock and on the hot seat, for how this development is handled will either delight or infuriate the fan base.

The Giants are allowed to franchise tag Barkley and could do so twice, for a combined $27 million or so.

New York could offer Barkley a new deal where the asking price would surely put him among the highest paid RBs of all-time, with the potential to better the $64 million over four years that the Carolina Panthers gave to Christian McCaffrey before he ultimately was dealt to San Francisco.

Or, they could let him leave, a prospect only thinkable in any way because of the divisiveness over the topic of how much you should pay your star running back — and how long for.

There were discussions between the Giants and Barkley’s representatives over the bye week, which was set as a self-imposed and artificial deadline by the organization for any contractual finalizations, but things did not get inked.

But this is it. Right here. A big performance against the Cowboys, especially in a victory, and Barkley might be getting close to being able to write his own check. For the Giants have waited a long time for this kind of occasion, a monumental tussle on Thanksgiving, no less, with divisional factors and playoff implications aplenty.

If he performs, if he conjures for them a glorious Turkey Day menu in Dallas (4:30 p.m. ET on FOX and the FOX Sports App) that Giants fans will recall each subsequent year when it’s time for stuffing and fixings and calorific excess, it will be impossible to imagine life without him.

If not, there could be a different outcome. If something like what happened against the Detroit Lions last week reoccurs, the narrative will be different. As the Lions rolled to a 31-18 in East Rutherford, N.J, Barkley — who came into the game as the leading rushing in the NFL — was held to 22 yards on 15 carries.

Saquon Barkley sat down with Michael Strahan earlier this season to talk about how he has been able to have a bounce-back season.

If this is the start of a decline in the Giants’ fortunes, Barkley’s case for stacks of cash will have gotten weaker, and not by a little.

“This is as fascinating as a Thanksgiving Day game we’ve had for years because of what it means for both teams,” FS1’s Nick Wright said on “First Things First.”

“If the Giants lose, it could fall apart quickly. When you look at what the Giants have the rest of the season, they have a brutal rest of the way. It is in play that they go from 7-2 to missing the playoffs. It could go sideways.”

New York has the toughest remaining schedule in the NFL, with two games to come against the red-hot Washington Commanderstwo more against the 9-1 Philadelphia Eaglesand another against the 8-2 Minnesota Vikings.

Having so much on the line against an opponent like Dallas (7-3, same as the Giants) adds an extra layer. The Cowboys have been superb defensively and will be steeling themselves to get rugged and physical.

Edge rusher Micah Parsons said recently that to stay motivated he only likes to be around people who “tell me I suck.” He doesn’t, not even close, so he’s probably going to be pretty lonely.

It is a beauty of a meeting but an ugly one to lose for whoever is on the wrong end, for they’ll be in limbo in a season where 7-4 doesn’t really cut it in the resurgent NFC East.

It is a feast of a clash between two teams angling for more — and a running back who has one game to turn on the magic, and maybe get everything he wishes for.

Martin Rogers is a columnist for FOX Sports and the author of the FOX Sports Insider newsletter. You can subscribe to the daily newsletter here.

Get more from Saquon Barkley Follow your favorites to get information about games, news and more

How to watch the 2022 World Cup on FOX: Times, channels, full match schedule