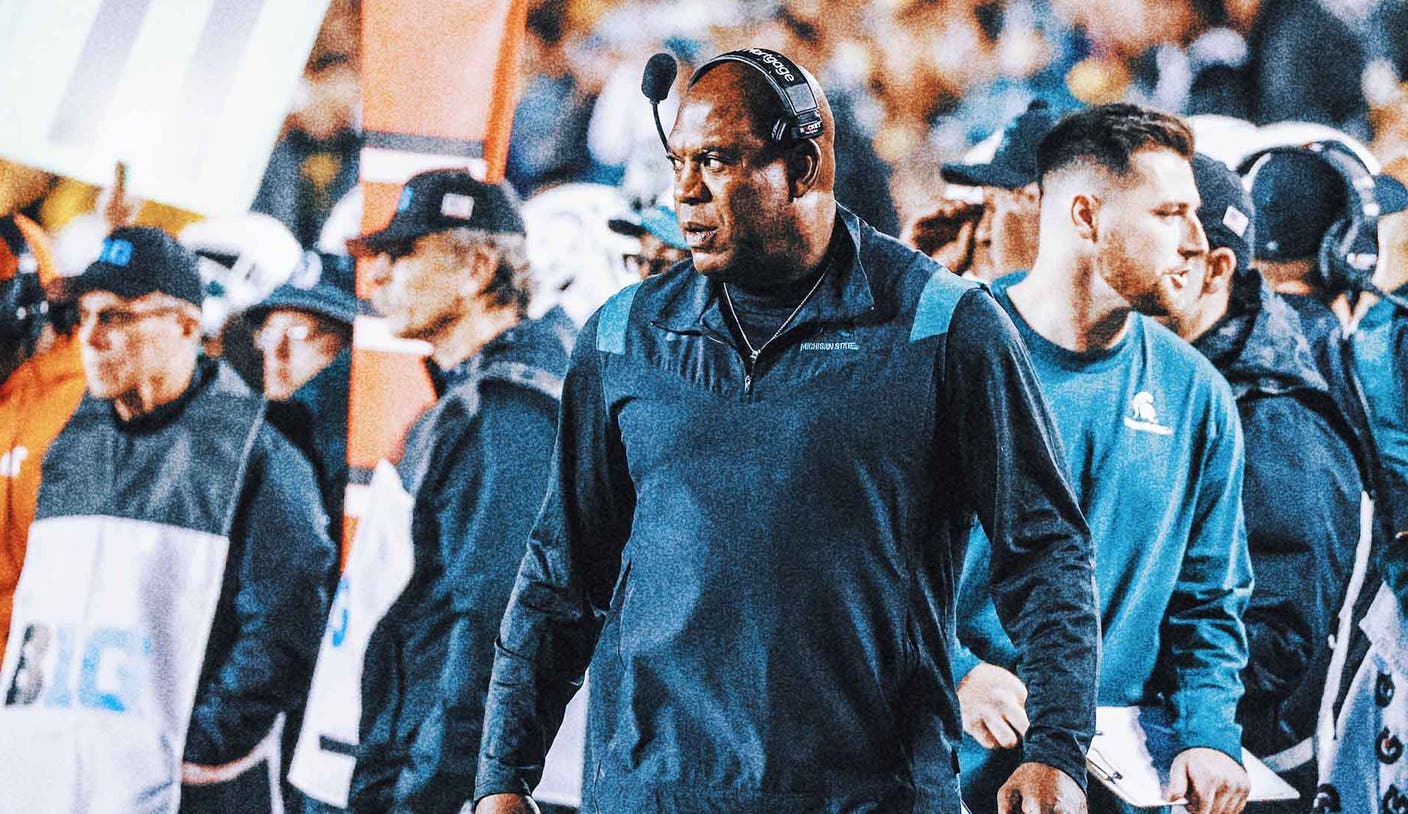 Seven Michigan State football players have been charged for their roles in the postgame melee in Michigan Stadium’s tunnel last month, according to a statement Wednesday from the Washtenaw County Prosecutor’s Office.

The most serious charge is against cornerback Khary Crumpwho faces a felony count of felonious assault. The charges against the six others are misdemeanors. Linebacker Itayvion “Tank” Brownsafety Angelo Grosecornerback Justin Whitedefensive end Brandon Wright and defensive end Zion Young are each charged with one count of aggravated assault, and linebacker Jacob Windmon faces one count of assault and battery.

The charges come ahead of the final regular-season games: No. 3 Michigan plays rival No. 2 Ohio State on the road Saturday a few hours before the Spartans close it out at No. 11 Penn Stateneeding a win to become bowl eligible.

Scuffles broke out in the Michigan Stadium tunnel on Oct. 29 after the then-No. 4 Wolverines beat the Spartans 29-7. Social media posts showed Michigan State players pushing, punching and kicking Michigan’s Yes’ Den McBurrows in and near a hallway that doesn’t lead to either locker room. Brown, Grose and Young are seen on video getting physical with McBurrows.

McBurrows and defensive back Gemon Green went up the tunnel alongside the Spartans after the game, while much of Michigan’s team was waving them off the field after beating their in-state rivals for the first time in three years.

Green, in another post, is surrounded by police while shouting across the tunnel at Michigan State players.

In one videoCrump appears to swing his helmet at a Michigan player. That could account for the more serious charge, which carries a maximum of four years in prison. The state law describes felonious assault as an attack “using knife, iron bar, club, brass knuckles or other dangerous weapon without intending to commit murder or to inflict great bodily harm.”

A conviction for a misdemeanor count of assault carries a prison term of up to one year, while misdemeanor assault and battery carries a maximum sentence 93 days behind bars.

Michigan coach Jim Harbaugh said afterward that one of the players, who he did not identify, might have had a broken nose. He also said Green was punched by a Spartans player and McBurrows was attacked when he tried to help.

The statement from the prosecutor’s office provided no detail on the allegations, including who is accused of hitting whom. The statement also doesn’t list potential prison sentences for each charge. It adds that the office will have no further comment as the case proceeds.

Michigan president Santa J. Ono said Wednesday in a statement that the school appreciated “the thoughtful, deliberate approach from the Washtenaw County Prosecutor’s Office to this unfortunate incident.”

“We also want to express our concern for all the players involved, especially those who were injured,” Ono said. “The University of Michigan will continue to cooperate fully with any additional reviews of this matter.”

Michigan State coach Mel Tucker suspended eight players — including Malcolm Joneswho is not being charged — for their roles in the melee.

“I’m extremely saddened by this incident and the unacceptable behavior depicted by members of our football program,” Stanley said then in a statement. “On behalf of Michigan State University, my heartfelt apology to the University of Michigan and the student–athletes who were injured.”

Reporting by The Associated Press.

Will USMNT’s striker problems be COSTLY in matchup vs. Iran? | SOTU