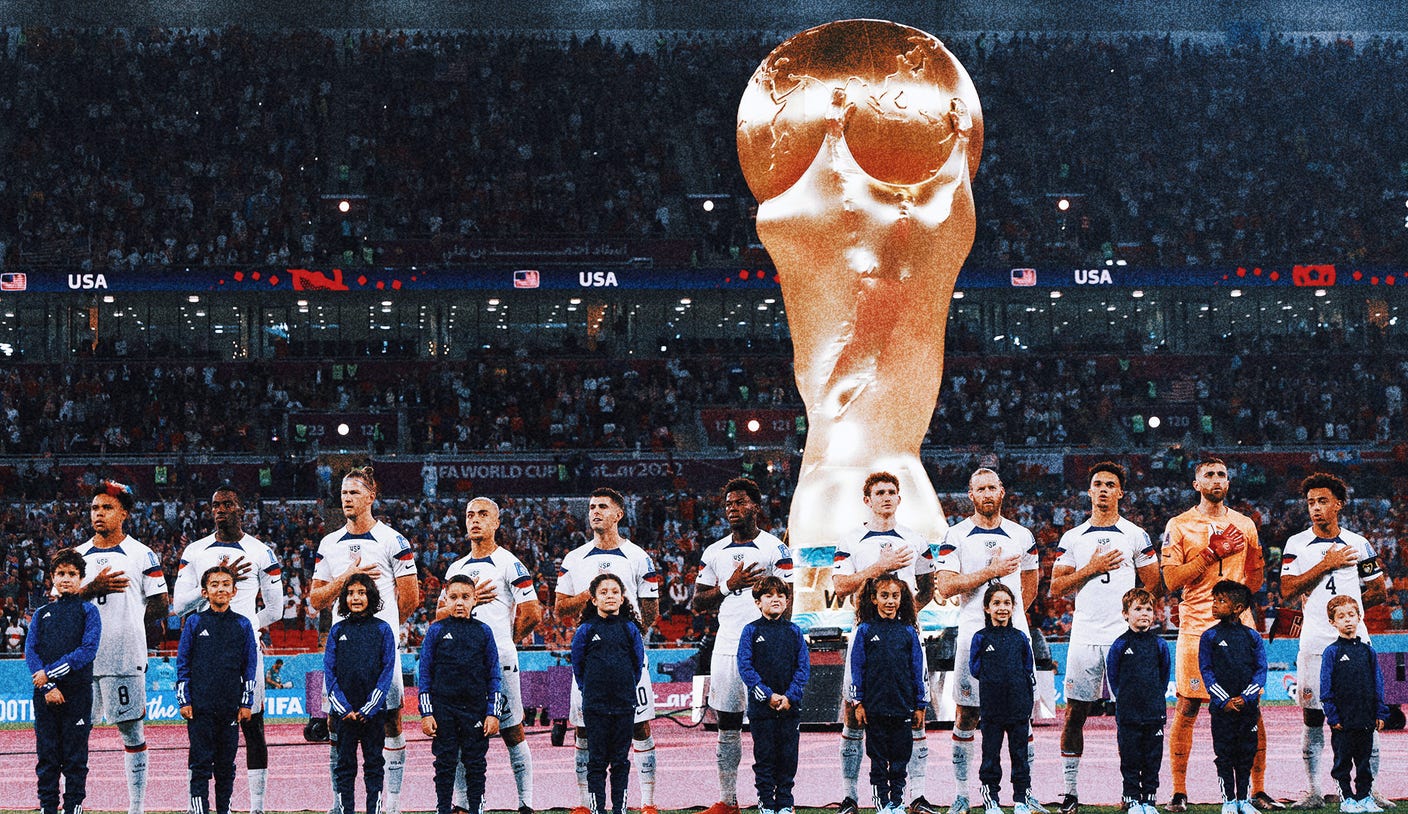 Team USA could change its country’s perception of soccer vs. England

AL RAYYAN, Qatar — This United States men’s national team has been on a mission to shift the way the world perceives American soccer.

And what better way to change minds than to beat Englanda favorite to win it all, in the World Cup?

The USMNT has a chance to do this on Friday when it takes on England at Al Rayyan Stadium in its second group stage match (2 p.m. ET on FOX and the FOX Sports App).

Gregg Berhalter’s group is fearless and ambitious. It has undeniable swagger and confidence. Much has been said and written about them being the second-youngest team in this tournament (Ghana is a smidge younger) and how only one player — defender DeAndre Yedlin — has previous World Cup experience. Now that they’ve gotten one game under their belt — a 1-1 draw against Wales earlier this week — the Americans have a whopper for Game 2, against big, bad England.

On Thursday, U.S. captain Tyler Adams acknowledged that his team has a chance to make a statement here.

“I think it’s obviously a huge opportunity to fast track the impact that we can have,” Adams said. “These are the high pressure, [high] privilege moments to step on the field against some of these guys. We respect them – it’s probably mutual respect between both teams. When you get a result in a game like this, you know, people start to respect Americans a little bit more.”

Added star winger Christian Pulisic: “We have to prove ourselves. We haven’t been maybe at the level of some of these world powerhouses in recent decades — but we’ve had good teams with a lot of heart in us. But I think if we can take it to that next step with a successful World Cup, that could change a lot of things.”

In Monday’s tournament opener against Wales, Berhalter’s starting lineup included 10 players who play in Europe. Only center back Walker Zimmermanof Nashville SCplays in MLS. Though he hasn’t ruled out playing overseas some day.

The English Premier League, where Adams plays for Leeds Unitedhas been incredibly popular in the States for the last 15-20 years. It’s fascinated and influenced young players, especially of this generation, who have grown comfortable leaving their homes in America as teenagers with big plans of playing for top European sides. Many have done just that, with Pulisic being the lone player who has actually played and won a Champions League final.

Adams grew up in New York and played for the Red Bulls academy before later joining RB Leipzig of the Bundesliga, where he became the first USMNT player to score in a UEFA Champions League quarterfinal. After three-and-a-half years in Germanyhe joined Leeds United in July 2022, where he plays alongside U.S. teammate Brendan Aaronson.

Adams said Thursday that he grew up watching and admiring Theirry Henry play for Red Bulls and Arsenal. It was easy for him to tune into Premier League matches on Saturday mornings and dream about doing that some day.

“I remember telling my mom at a young age that I wanted to play in England,” Adams said. “There will always be something special about the Premier League. There always has been and I think there always will be.”

Added Berhalter, who played for Crystal Palace in the early 2000s: “Everyone now in America seems to have a [Premier League] team they support. It’s an incredible leap. We’re really proud to have our players playing in that league and to me, it’s similar to the NFL in terms of how dominant it is and how commercial oriented it is.”

Having so many Americans overseas helps with the familiarity of World Cup opponents and gives each team little advantages here and there. Japanone of the Cinderellas of this tournament, upset Germany 2-1 with eight guys who play in the Bundesliga. The U.S. has six players in the EPL — will that make a difference against England?

“I don’t think it makes it predictable by any means,” Adams said. “You’re going to play against many quality players no matter how many times you’ve played against them before. They’re going to be able to adapt to the game and to what you’re doing and figure out solutions.

Adams rejects the notion that the USMNT would be intimidated by a team like England — in fact he said he isn’t intimidated by anything “other than spiders.” He just hopes this particular matchup will showcase that the Americans are capable contenders and “that U.S. soccer is growing and developing the right way.”

Now, if the U.S. can beat England, a squad filled with players like Harry Kane, Bukayo Saka and Jack Grealishwho Premier League-loving Americans cheer for on the weekends, what kind of message will that send back home and to the rest of the world?

Added Berhalter: “We haven’t achieved anything as a group on the world’s stage. We need to use this World Cup to establish ourselves and then hopefully move to the next World Cup and do the same.”

Poland gets three shots off from inside the box, France’s Hugo Lloris holds it down | 2022 FIFA World Cup