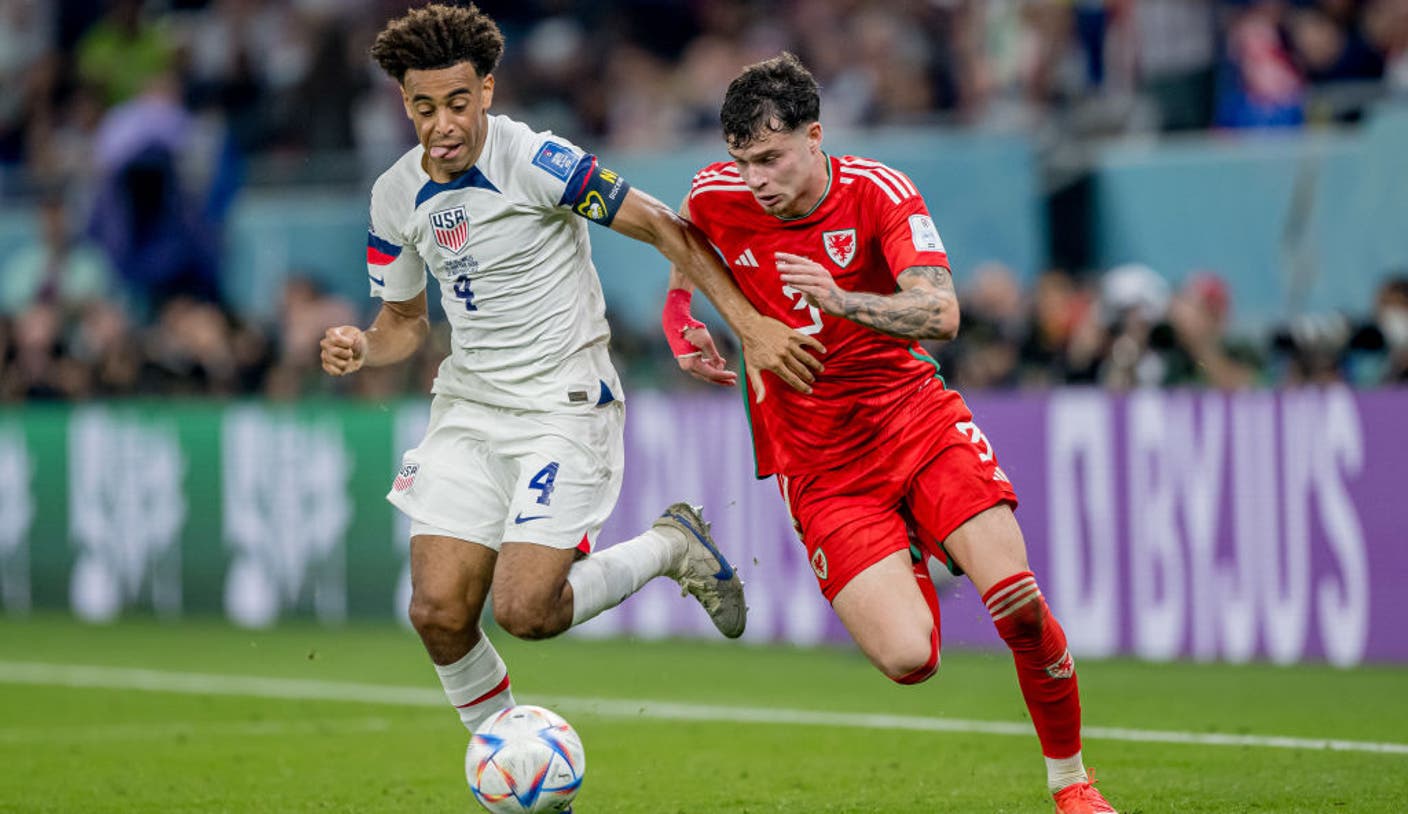 USMNT vows not to sit back, will attack England in key clash

A day before their marquee Group B matchup at the World Cup on Friday (2 p.m. ET on FOX and the FOX Sports App), U.S. coach Gregg Berhalter and captain Tyler Adams dismissed any notion the Americans might employ a conservative, defensive strategy against one of the tournament favorites. The Three Lions opened their first round slate at Qatar 2022 earlier this week with an emphatic 6-2 win over Iran.

“For us, the focus” Berhalter said Thursday during his pre match press conference, “is on ‘How do we beat England?'”

It’s a good question. But the fact he is asking it at all reveals plenty about his team’s approach to a match that promises to be most difficult of the USA’s three group stage contests. After securing a point in Monday’s 1-1 tie with WalesBerhalter could be tempted to sit back against England in much the same way the Welsh did to them.

Rob Stone, Kelly Smith, Carli Lloyd and Maurice Edu break down the USA-England match, including the ideal starting XI for the Americans.

Two points after two games would all but guarantee the U.S. a spot in the knockout stage if they can top the Iranians on Tuesday.

On the other hand, going all-in for the victory against England comes with risk. Try to stand toe-to-toe with the powerful English and the U.S. could leave themselves susceptible to a punch they can’t recover from. Aggressively pressuring Gareth Southgate’s side would leave them more vulnerable defensively, against an opponent that that boasts forwards capable of ruthlessly exploiting open space even if the injured Harry Kane isn’t one of them.

Friday’s match is likely to play out differently than the Americans’ opener. While Wales’ ultra-defensive approach left little room for the U.S. to capitalize on their huge first-half possession advantage, England’s high-octane attack will make for a more free-flowing game. If they can bend but not break defensively, the U.S. will have more room to create danger when they’re on the ball.

“We think that it sets up to our strengths,” Adams said.

“There’s areas that we can exploit, and we’re going to want to hurt them,” Berhalter added. “We know it’s a really good team. We know they have threats. We know we’re gonna have to be cautious about their threats. But we want to play our game.”

They also want to be sharper. They’ll need to be to have any hope of pulling off the upset. Other than Tim Weah‘s sublime goal from a perfect Christian Pulisic set-up, the U.S. squandered the few opportunities they had Monday.

The “FIFA World Cup Live” crew discusses England’s striker Harry Kane and his ankle injury. They discuss how the United States could benefit from the striker’s injury if he doesn’t play on Friday.

“It’s always difficult to break down a compact defensive,” Berhalter said. “I think we can refine some of our movements. I think we can get the ball in the penalty box a little bit quicker.”

One thing the U.S. won’t be is scared.

As many as seven starters Friday are or have been employed by Premier League teams. And while England is a nearly 5-1 favorite to win, the Americans are embracing the underdog role.

“I wouldn’t say there’s many things out there that intimidate me, other than spiders,” quipped Adams, who stars for Leeds United. “Having an opportunity to play against some of those players [in the Prem] I think will be helpful.”

Rather than fear, the U.S. sees opportunity. With Friday’s high-profile encounter falling on a holiday weekend, it is expected to be one of the most-watched men’s soccer games in American history.

Adams and his teammates know that an unlikely win against an elite resonate with a mainstream audience in a way. He called it a “huge opportunity to fast-track the impact that we can have.”

“When you get a result in a game like this,” he said, “people start to respect Americans a little bit more.”

As long as that result is a win.

Get more from United States Follow your favorites to get information about games, news and more

Cowboys flirting with rare form of dominance as Eagles loom

USMNT optimistic about future: ‘We can be giants eventually’

No. 1 Georgia stomps on No. 14 LSU in the SEC Championship | Number One CFB Show