FIFA World Cup Qatar 2022™
More
Search
HomeFIFA 2022'We have to move on and learn from this': USMNT preparing for... 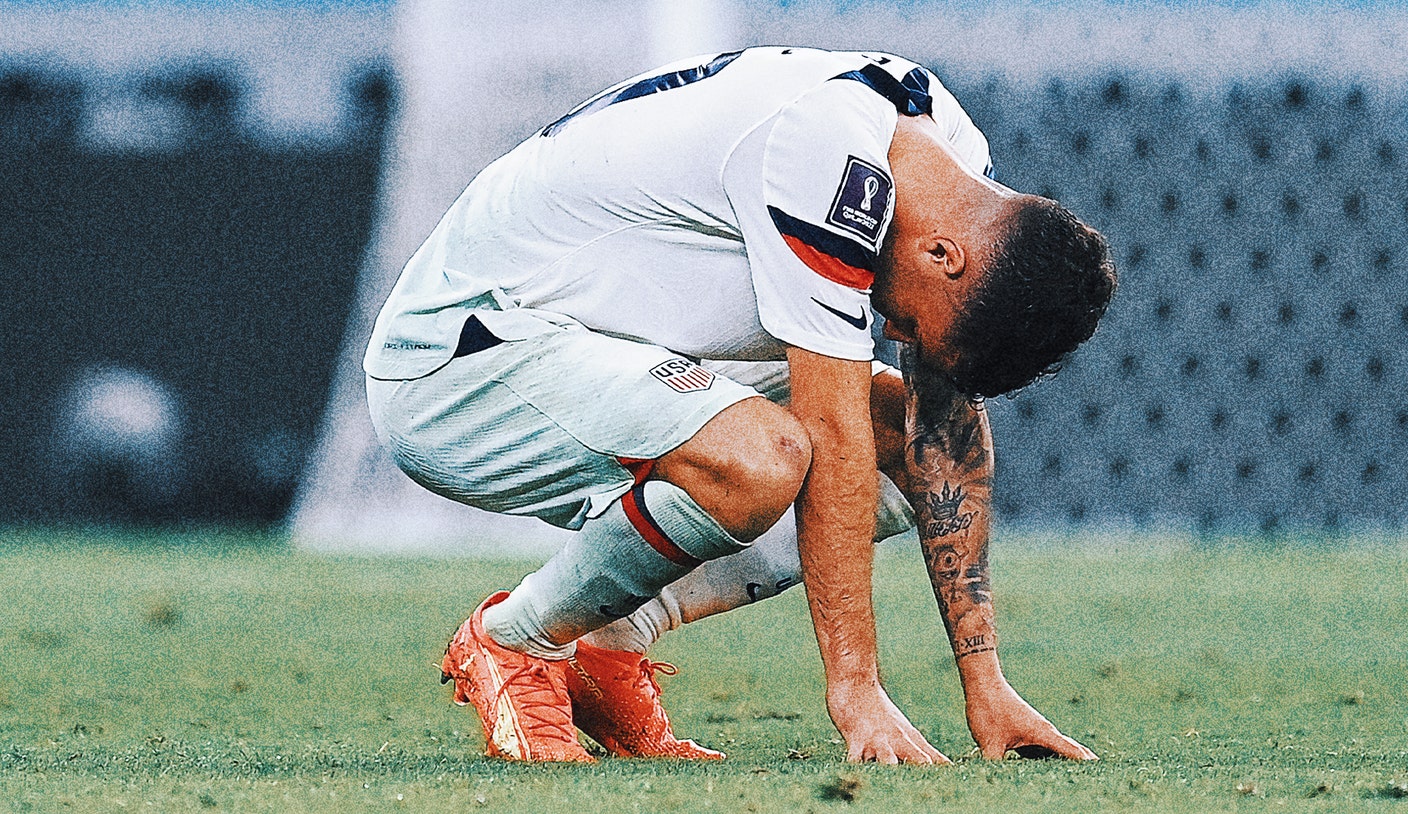 ‘We have to move on and learn from this’: USMNT preparing for England after Wales draw

AL RAYYAN, Qatar – When United States coach Gregg Berhalter walked into the locker room after his team squandered a late 1-0 lead Monday against Wales and settled for a tie in the U.S. men’s first World Cup game in eight years, his overriding emotion wasn’t frustration.

It could have been. Maybe it should’ve been.

The Americans utterly dominated the first half at Ahmad bin Ali Stadium. They took the lead in the 36th minute on a superb goal by Tim Weah that was set up by an even better Christian Pulisic pass, and they held onto that slim advantage almost until the end, when one crucial mistake cost them the victory.

Now, following a textbook example of a tie that feels like a loss, they have to figure out how to quickly move on or risk wallowing in self-pity and torpedoing their chances of advancing to the knockout stage.

Gareth Bale’s 82nd minute goal from the penalty spot reduces those odds to a little better than a coin flip. It also significantly increases the pressure ahead of Friday’s high-profile encounter with England, one of the favorites to hoist the World Cup on Dec. 18. Still, Berhalter feels good about where his team is head-wise, if not necessarily in the four nation Group B standings.

Gareth Bale draws a foul in the 82nd minute and scores off a penalty kick, bringing Wales and the USMNT to a 1-1 tie.

“Gregg is happy that we were disappointed with getting a point,” U.S. captain Tyler Adams said of the U.S. boss. “That just goes to show the mentality of our team to bounce back.”

Still, being disappointed is understandable.

“We played really well,” said goalkeeper Matt Turner, who was forced into making two saves, both of them in the second half. “Defensively, the game plan was sound, and we limited quality chances most of the game.”

The turning point came with the three points in sight. Central defender Walker Zimmerman, who along with partner Tim Ream was flawless until the decisive play, committed to making a clearance in the box. Bale, Wales’ captain and best-ever player, beat him to the ball, and the referee pointed to the spot. Turner got a hand to Bale’s shot but couldn’t keep it out.

“A little bit frustrated with that, but sometimes those plays happen,” Zimmerman said. “It feels like we could have deserved a little bit more.”

Yet for a young team in which 25 of the 26 players on the roster are getting their first taste of the World Cup experience, it was a harsh lesson. While Zimmerman is right to think that the U.S. probably deserved more, the cold reality is they didn’t do enough to put the game away, and they got burned for it.

Now it becomes all about where they go from here. With the Three Lions – who smashed Iran 6-2 earlier Monday to open up an early lead atop the group – up next on Friday (2 p.m. ET, FOX and the FOX Sports app) they have to channel any lingering irritation into that contest and try not to dwell on Monday’s rough ending.

“You have to change gears, recover as quickly as possible for a big next game,” Adams said.  “We think that we match up well against [England]. We have to stay disciplined. We have to stay calm. We have to know that it’s a long tournament.”

“For us, it’s focusing on the fact that it was a good start,” Turner added. “Overall, you take a point and you keep moving forward.”

It was amazing to see, in real time, these young Americans come to terms with Monday’s outcome, accept it, and then tilt their gaze toward their new challenge. If they were disappointed in the dressing room, it didn’t really show by the time they snaked past the international media on the way to their bus.

Most were philosophical as they faced questions. Ever-playful midfielder Weston McKennie, who logged a little more than an hour on the field after shaking off a quad injury, ran by laughing as he dodged the throng of reporters.

“A point in our first game is better than none,” Pulisic said. “We have to move on and learn from this. We have to take this experience and go into the next one. There’s a lot of positives from the game in general. I think we have a good enough team to make it out of this group.”

That’s all that matters, and it doesn’t matter how it happens. The U.S. knows England is a dangerous foe, but they won’t be remotely intimidated by them.

“It was always going to be a tough game against England – I don’t think that was ever going to change based on what happened [Monday],” Berhalter said. “A point in the first game isn’t the end of the world.”

Isn’t the end of the Americans’ World Cup, either – provided that they can quickly turn the page.

In the highly anticipated group stage match up, the United States and Wales battled it out in the 2022 FIFA World Cup. In the first half USMNT pressured the ball and capitalized on a goal in the 36th minute after Christian Pulisic found Tim Weah with a perfectly placed pass. The Second half displayed more stellar defensive play. Wales received a break when Gareth Bale drew a foul inside the box which resulted in a penalty kick goal.

Japan vs. Croatia live updates: Round of 16 continues Monday

Will Dodgers lean more on farm or free agency to address their many needs?