FIFA World Cup Qatar 2022™
More
Search
HomeFIFA 2022What's at stake in Michigan vs. Ohio State: The future of the... 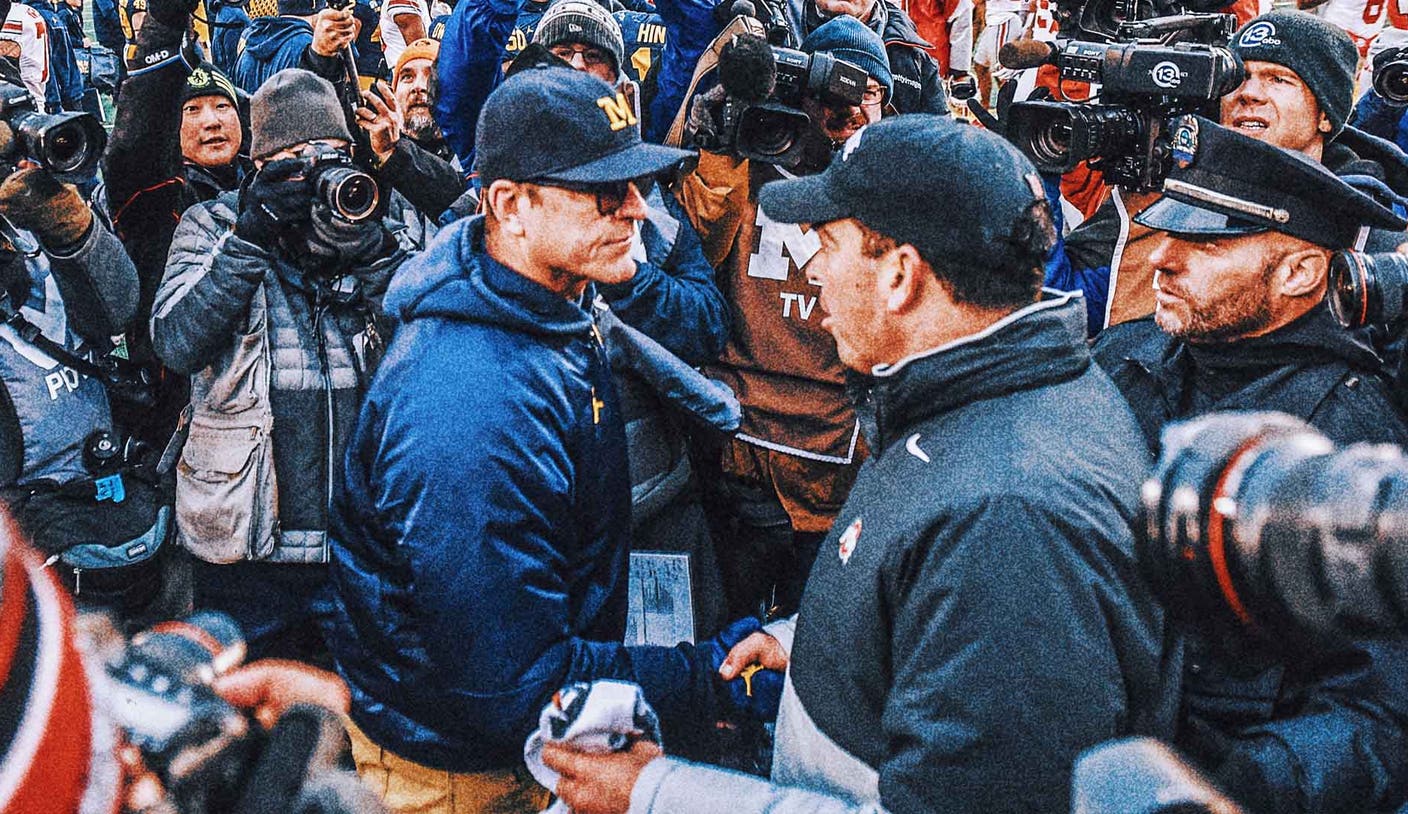 What’s at stake in Michigan vs. Ohio State: The future of the Big Ten

It’s that greatly anticipated time of the season: No. 2 Ohio State hosting No. 3 Michigan on Saturday in The Game (Noon ET on FOX and the FOX Sports app), a contest that has the potential to alter the balance of power in the Big Ten. Both teams enter with 11-0 records, and there are berths in the Big Ten Championship and College Football Playoff on the line.

The Buckeyes have been thinking about this moment for the last 365 days. Last year in Ann Arbor, the Wolverines were the aggressor, dominating their archrival 42-27, while bludgeoning them for 297 rushing yards and shutting down OSU’s run game (64 yards on 30 carries). It remains Ryan Day’s only loss to Michigan in his Ohio State tenure, so it’s been a focal point for the head coach and his players ever since.

“We had to sit on that for a calendar year and that’s not good,” Day said back in July at Big Ten media days. “We don’t want to have to go through that again.”

Previewing No. 3 Michigan vs. No. 2 Ohio State

Joel Klatt stops by “The Herd” to chat with Colin Cowherd and set up “The Game.”

Like with most major college football rivalries — Texas–Oklahoma and Alabama–Auburn among the notable others — coaches often remind their players about those heartbreaking matchups during the offseason. Coaches want to ensure everybody remembers the horror of losing in hopes they won’t do it again. Day said that his guys were “a little scarred” and “a little calloused” after that loss.

“They know what it’s like to lose a game, and that’s not fun,” Day said. “We remind our guys about that regularly.”

Rivalry smack-talk aside, what’s especially interesting about The Game this year is what’s at stake. It’s not just about conference titles and national championships, but about potential regime change.

If the Buckeyes win, it’s status quo. Ohio State’s crown will be secure, and last season’s result will be viewed as an anomaly. If the Wolverines win, however, questions surrounding Ohio State’s reign of dominance will be asked.

Michigan coach Jim Harbaugh actually set the stage for this possibility last season. After sucker-punching OSU, Harbaugh famously said of Day: “Some people are born on third base and act like they’ve hit a triple.” This implied that Day happily inherited the talent and culture that Urban Meyer created in Columbus, while Harbaugh had to work harder to build his program.

The comment came more than a year after a fiery back-and-forth between the coaches. During a Big Ten coaches conference call in August 2020, Harbaugh reportedly interrupted Day and accused Ohio State of breaking rules regarding impermissible on-field instruction. Day reportedly dismissed the allegation and said to Harbaugh: “How about I worry about my team, and you worry about yours?”

Day reportedly told his players that they would “hang 100 on them” during an Ohio State team meeting later that day. The Game was canceled that season due to the COVID-19 pandemic, but all of this came to a boiling point in 2021, when Michigan beat Ohio State for the first time in a decade. It was hugely important to the Wolverines in terms of a narrative shift.

Unsurprisingly, the storyline returned this week. Harbaugh was asked about the aforementioned quips from both coaches, but he deflected.

“I think it’s irrelevant,” Harbaugh told reporters even though nothing is ever truly irrelevant when it comes to this rivalry.

If Michigan wins on Saturday, it will be the first time it has beaten Ohio State in consecutive years since 1999-2000, before the Jim Tressel era. The Wolverines will also go to the Big Ten title game and CFP again. And in the big picture, it could mean that they’ve finally leveled the playing field with the Buckeyes both on a conference and national scale.

Last year’s result changed the dynamic of this rivalry. Before, it was all about Michigan’s losing streak and if Harbaugh would ever be able to beat Ohio State. Now his team aims to do it again and keep building on that success. It could be a first step in potentially doing what Georgia has done in the SEC — finally beating Alabamawinning a national championship, and continuing to dominate.

The “Big Noon Kickoff” crew gives an extended preview of Saturday’s contest between the Buckeyes and the Wolverines.

Oddly, though, Michigan hasn’t seen its recent success lead to anything resembling a recruiting bump. The Wolverines flipped a few kids during the early signing period last December, but the 2023 class is currently ranked No. 22 overall by 247Sports without a single five-star recruit or top-100 player. It’s hard to keep up with Ohio State, much less Georgia and Alabama, if you don’t have the players. One would think consecutive wins over the Buckeyes, conference titles and playoff trips would pay dividends.

Now, there is a world in which both Ohio State and Michigan make the playoff this season. Ohio State especially has a chance of making the CFP with a loss.

For this to happen, Michigan and Ohio State will have to keep their eyes on two other teams. If TCU and USC win out and win the Big 12 and Pac-12respectively, then only one Big Ten team would make the CFP. But if the Horned Frogs lose the conference title game and/or USC loses to Our Lady on Saturday — or its conference title game the following week — the loser of Michigan-Ohio State will be heavily considered by the selection committee, upping the chances of The Game, Part II on either New Year’s Eve or Jan. 9.

Until then, revenge is on Ohio State’s mind, while Michigan is banking on another monumental win. Either way, the Big Ten appears to have two legitimate national powers in the increasingly competitive college football landscape. The question is, which one reigns supreme?

Harry Kane gets support from David Beckham ahead of England-France

Will Nick’s Chiefs FINALLY have an answer for Bengals in Week 13? | What’s Wright?