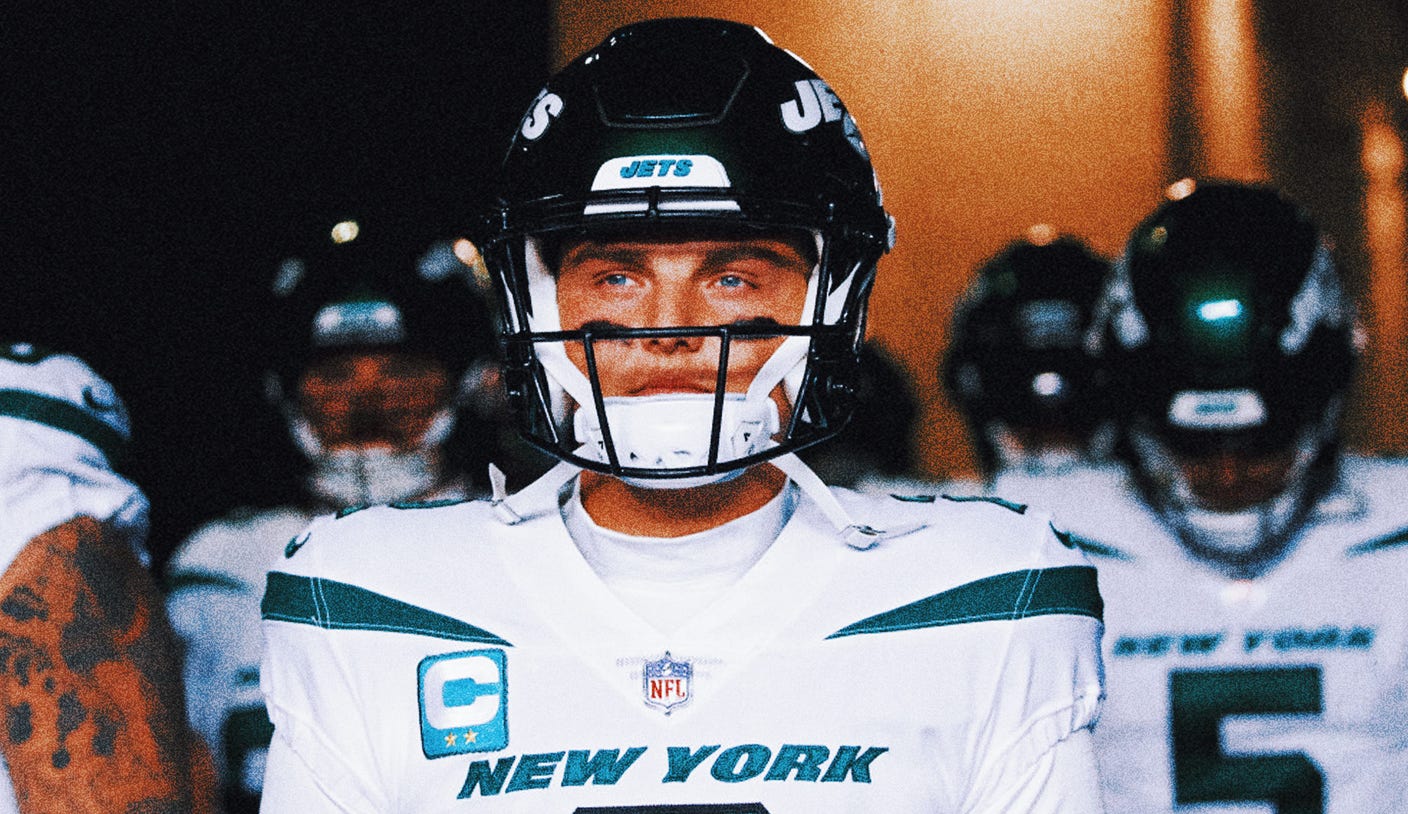 What’s next for Zach Wilson and the Jets?

The New York Jets can say what they want about benching quarterback Zach Wilson. Coach Robert Saleh can say that Wilson’s career isn’t over in New York. And Saleh can point to Geno Smith‘s resurgence as an example of the twists and turns that a career can take.

But I’m not buying it.

Wilson’s benching is the beginning of the end for him and the Jets.

New York will turn to Mike White to start on Sunday against the Bears. At some point this season, we might see Wilson again. He is, after all, a supreme talent. The Jets picked him at No. 2 overall, and just 19 months later, they’ve benched him. It’s too early to write the eulogy for his career. And it’s possible that talent will prove alluring again if White and Joe Flacco flop in relief of Wilson.

But it’s hard to imagine Wilson ever winning back the starting job for good. He may get it for a day or a few weeks. He won’t win back this organization to be The Guy. The Jets were fed up with him. He can’t reverse that.

Are Jets ready to move off Zach Wilson?

Kurt Warner joins Colin Cowherd to discuss Zach Wilson and the Jets. Warner compares Wilson to a young Eli Manning and says the Jets need to develop Wilson into a winner like the Giants did with Manning.

They’d been avoiding relying on him in the offense. At crucial moments, they did everything they could to keep Wilson out of the picture.

Against the Buffalo Bills in Week 9, Wilson quarterbacked a game-winning drive that concluded with a field goal from Greg Zuerlein. But it’s in bad faith to say that Wilson truly led the drive. That go-ahead drive came as a product of the ground game, with nine rushes from the running backs for 55 yards and just one throw on the drive from Wilson to Garrett Wilson for 12 yards. It was a good throw and a third-down conversion.

But the fact that Zach Wilson attempted only one pass on the most crucial drive? That said something. The team didn’t trust its quarterback — especially not after Week 8 when the Jets should have beaten the Patriots at MetLife if not for Wilson’s three boneheaded interceptions.

For the entire year, the Jets game-planned around Wilson. He struggled to let his team win the game for him in Week 7 against the Broncos — and against the Packers in the week before that. The Jets called plays to minimize Wilson’s weaknesses. And still, he’d occasionally scramble and fire the ball downfield in an entirely inadvisable direction.

The coaches probably wanted Wilson to tap into the electric playmaking talent that made him special at BYU. And yet, the results were ugly. I wrote earlier this year that he needed to cease and desist his Patrick Mahomes impression. Wilson needed to strip down his play to the basics and serve as a game manager.

But the truth was that when the Jets stripped away Wilson’s backyard-football abilities, there was not much to work with.

In a sense, the Jets let Wilson be Wilson against New England in their first matchup in Week 9. And the Jets lost because Wilson threw three interceptions.

Then a few weeks later, they told Wilson to get under control and play the system. But he couldn’t do that either. And so they lost. He couldn’t be a pocket passer, unable to process the NFL at the requisite level. That much was clear against the Patriots when he completed 9 of 22 passes for 77 yards in Week 11.

There was no version of Wilson — no iteration — that contributed to a winning recipe against New England. He was always detracting value. And that felt like a bad sign for his future with the team.

So at this point in his career, Wilson has compelling physical tools that he can’t use outside the pocket or the system, because he’s too likely to give up a turnover. And Wilson lacks the processing power and football IQ to use those tools in the pocket. Put it all together and you can see why the Jets are benching him.

Put it all together and you can why Saleh is willing to damage Wilson’s confidence and relationship with the organization. Because by benching Wilson, Saleh is prioritizing his relationship with his entire locker room — which it seemed the coach might be in danger of losing if he stuck with Wilson. The quarterback’s inability to take accountability after the most recent loss to the Patriots didn’t sit well with the rest of the team, per SNY.

Jets will bench Zach Wilson in Sunday matchup vs. Bears | THE HERD