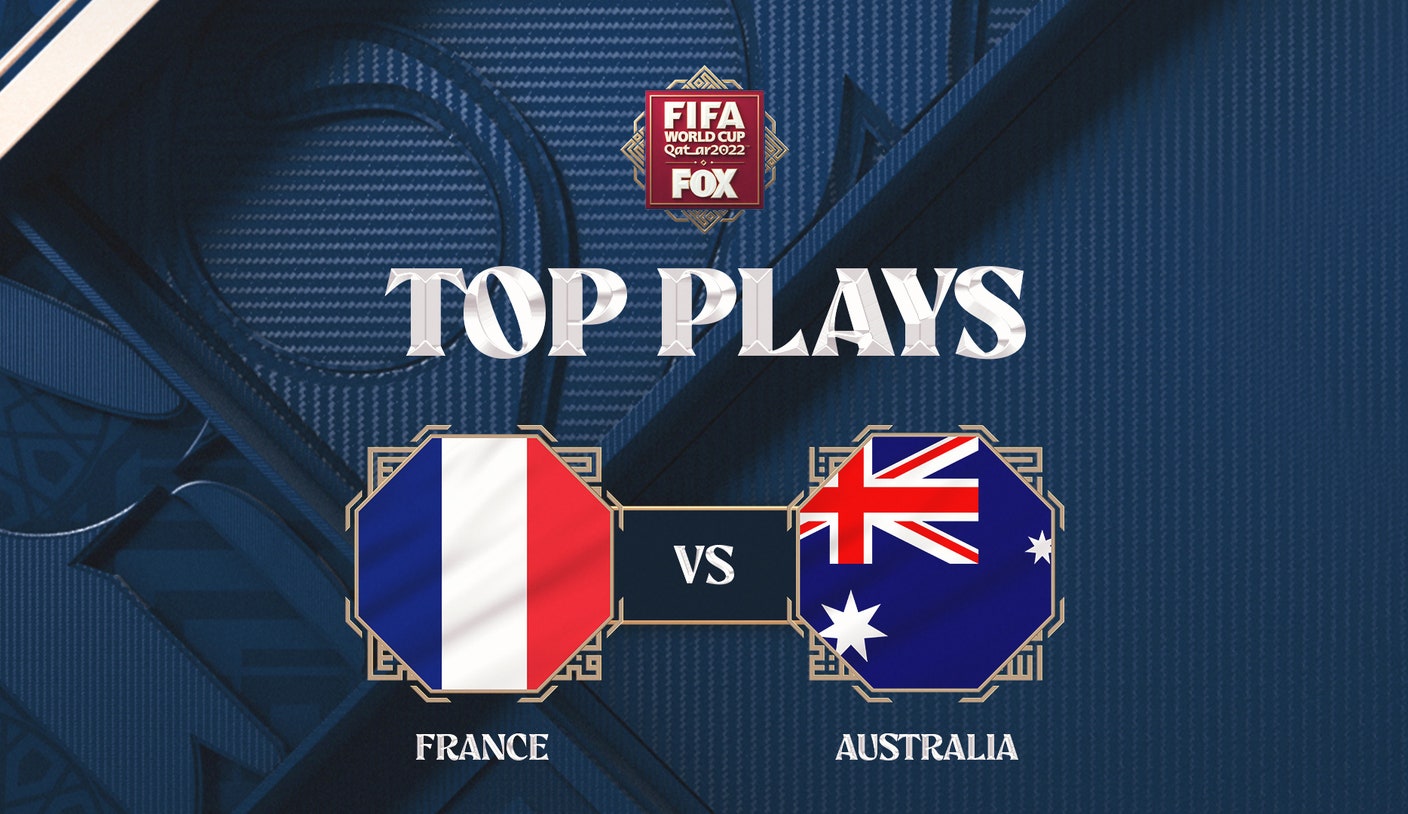 Australia got off to a surprising start, scoring a goal in the first 10 minutes of the match and continuing to attack, but France turned the tables, taking a 2-1 lead into halftime before scoring two more in the second half.

Kylian Mbappe and the rest of the French squad arrive at the pitch looking as it plays its first match of the 2022 World Cup.

Australia opened its upset bid in the opening minutes as Craig Goodwin got his left boot on the ball for the goal off the cross.

Craig Goodwin scores off a perfect cross in the 9th minute to give Australia an early 1-0 lead over France.

French left back Lucas Hernandez suffered an injury in the early stages of the match and had to leave the game. His younger brother Theo replaced him.

Australia’s upset effort nearly strengthened when Mitchell Duke’s shot fired off his foot. But the strike was just outside the post.

After a reset off a corner kick, Hernandez helped France regroup and his cross into the box connected with Adrien Rabiot’s head, leading to a goal to make it 1-1.

Olivier Giroud, the second-leading goalscorer in French history, put his squad in front on a center pass in the box from Rabiot.

France takes a 2-1 lead over Australia

France took a 2-1 lead over Australia in the 2022 FIFA World Cup after goals by Adrien Rabiot and Olivier Giroud.

Australia came close again to scoring its second goal when Jackson Irvine’s header hit off the post, keeping the game at 2-1 in favor of France.

The Frenchman wanted to score off a bicycle kick, which would’ve tied him with Thierry Henry for the most international goals in French history.

The superstar got perfect placement on his header to extend France’s lead to 3-1.

Watch France’s Kylian Mbappe scoring a goal against Australia in the 67′ in the 2022 Men’s FIFA World Cup.

Mbappe linked up with Giroud on a crosser, which led to another French goal to make it 4-1. Giroud’s goal off the header is his 51st in international play, tying him with Henry for the most in French history.

Watch France’s Olivier Giroud scoring a goal against Australia in the 71′ in the 2022 Men’s FIFA World Cup.

Giroud got an ovation from the French fans at the game when he was substituted out of the match following a two-goal performance.

Poland gets three shots off from inside the box, France’s Hugo Lloris holds it down | 2022 FIFA World Cup

World Cup Now: England begins to look like itself vs. Wales