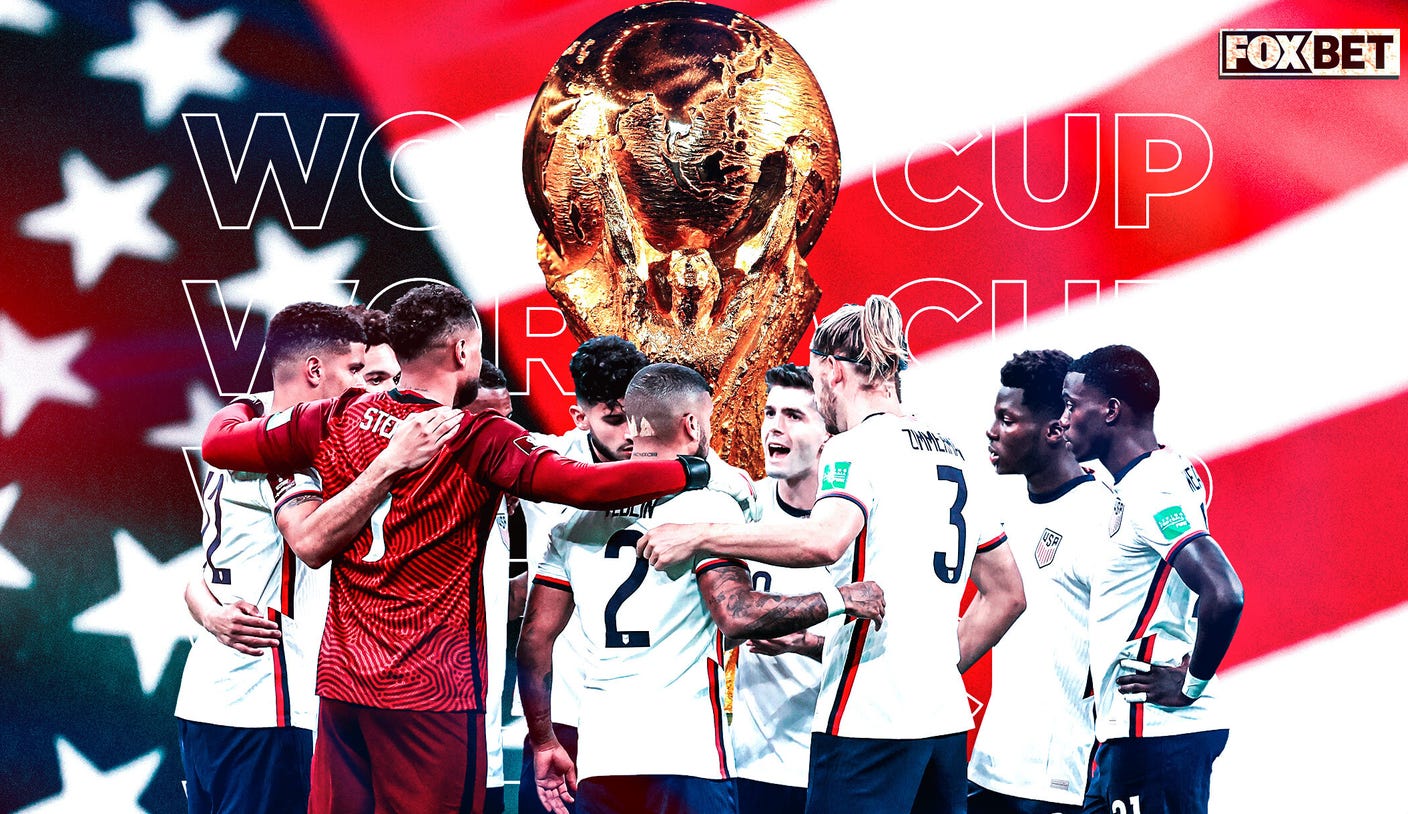 The World Cup odds have already seen some wild results in just the first couple of days of the tournament, with Argentina tumbling to Saudi Arabia and Japan knocking off Germany.

No doubt that has helped pique even more betting interest in this 32-team international soccer showdown.

Let’s dive into one of the biggest games in USMNT history from a betting perspective.

The United States and Wales battled to a 1-1 draw at the 2022 FIFA World Cup.

The British are coming … and so are the Americans

There’s just no getting around how massive the wagering will be by 2 p.m. ET Friday. That’s when the United States Men’s National Team takes the field against the legendary Three Lions outfit. The big game can be watched on FOX or the FOX Sports App.

England is a solid -182 favorite in the three-way betting at FOX Betwith the United States a healthy +400 underdog to win. At +275, the Draw is given better odds of occurring than an outright U.S. upset. But that won’t stop the American cash from flowing in on Friday.

“This will be the most-bet soccer match in U.S. sports betting history,” BetMGM vice president of trading Jason Scott said.

However, both those games were very early here in the States. Saudi Arabia-Argentina was a 5 a.m. ET kickoff, so it ended before most people rolled out of bed. Japan-Germany was at 8 a.m. ET and done by about 10 a.m.

But Team USA and England will kick off festivities at 2 p.m. ET/11 a.m. PT on Friday. Plus, it’s the day after Thanksgiving. Loads of Americans have the day off. Everyone will be dialed in and throwing down a few bucks on this epic matchup.

“It’s perfectly scheduled at a good time of day and when the majority of people are not working,” Scott said. “It will be enormous.”

Scott expects the USMNT to get the bulk of the action and definitely be a trendy underdog for American bettors. In three-way betting at BetMGM, the U.S. is currently taking 65% of tickets and 55% of money. That’s almost four times as many tickets and 1.5 times-plus the money of England, which is at 17% of tickets/34% of cash. The Draw is taking the other 18% of tickets/11% of money.

And it’s only Wednesday. The betting volume on this game will crash through 10 and up to 11 by Friday.

Rex Beyers, a veteran Vegas oddsmaker and now head of wagering at PlayUp USA, couldn’t stress enough how huge the action will be come Friday.

“I can’t see anything that will come close to topping this in a group stage game,” Beyers said. “The legalized markets are going to see an absolutely insane amount of money on this game. Anyone watching this game is going to want to have a bet on it.

“It’ll be bigger than anything we’ll see in soccer for a long time. It’s the perfect storm for it to be an absolutely monster handle game.”

When it comes to this tournament, I’m as patriotic as can be while also realistic. Getting a tie would be huge for the United States. So that’s where my #ChilisMoney is. Gimme the draw at +310! Enjoy the match, everyone.

Patrick Everson is a sports betting analyst for FOX Sports and senior reporter for VegasInsider.com. He is a distinguished journalist in the national sports betting space. He’s based in Las Vegas, where he enjoys golfing in 110-degree heat. Follow him on Twitter: @PatrickE_Vegas

Play FOX Super 6 every week for your chance to win thousands of dollars every week. Just download the Super 6 app and make your picks today!

In building Michigan, Jim Harbaugh focuses on a recruit’s fit, not his star rating