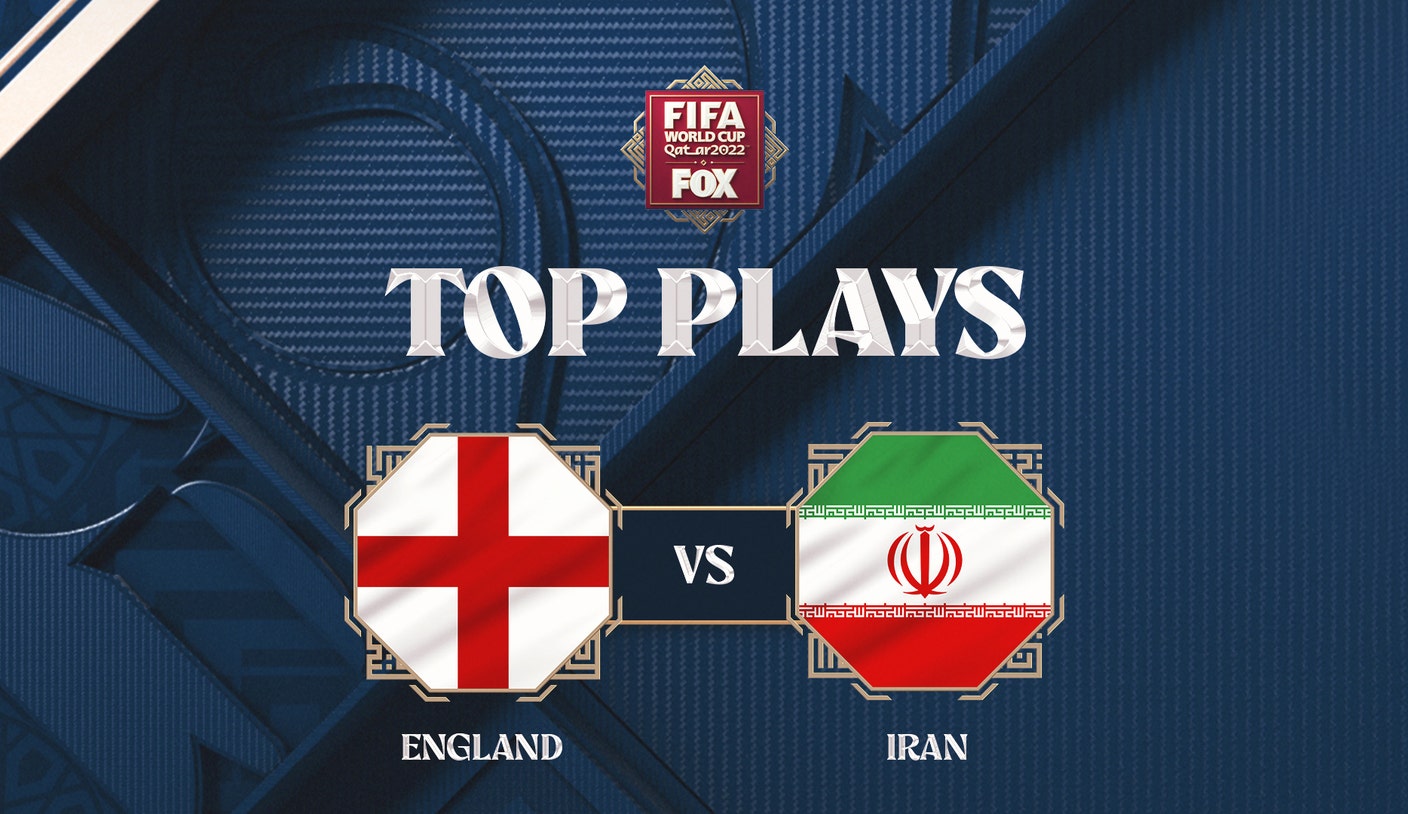 The 2022 FIFA World Cup continues Monday with England–Iran underway on FS1, and we’ve got you covered with every must-see moment from start to finish!

Kane is just two goals behind Wayne Rooney for the most in English history. He sat down with FOX Sports’ Tom Rinaldi prior to England’s opening match to discuss his journey to the World Cup.

There appeared to be some contact in the box on England’s first corner but after review, there was no foul on the kick and play continued.

Blow to the head

Iran goalkeeper Alireza Beiranvand collided heads with a teammate, causing a break in play to see if he was good enough to play the rest of the match. After a few minutes, Beiranvand got back up and remained in the game.

The Iran goalkeeper ended up leaving a few minutes after he got up from the initial hit due to a suspected concussion.

Harry Maguire nearly gave England a 1-0 lead on his header off a corner kick as the ball hit the crossbar.

Jude Bellingham couldn’t have scored his first international goal in a bigger moment than this one. His header off the cross gave England a 1-0 lead.

Watch England’s Jude Bellingham scoring a goal against Iran in the 35′ in the 2022 Men’s FIFA World Cup.

Bukayo Saka was at the right spot off the English corner, using his left boot to power in another goal to make it 2-0.

Watch England’s Bukayo Saka scoring a goal against Iran in the 43′ in the 2022 Men’s FIFA World Cup.

Just three minutes after Saka’s goal, Raheem Sterling gave England a 3-0 lead when he got his boot on the ball right off a cross from Kane.

Watch England’s Raheem Sterling scoring a goal against Iran in the 45+1′ in the 2022 Men’s FIFA World Cup.