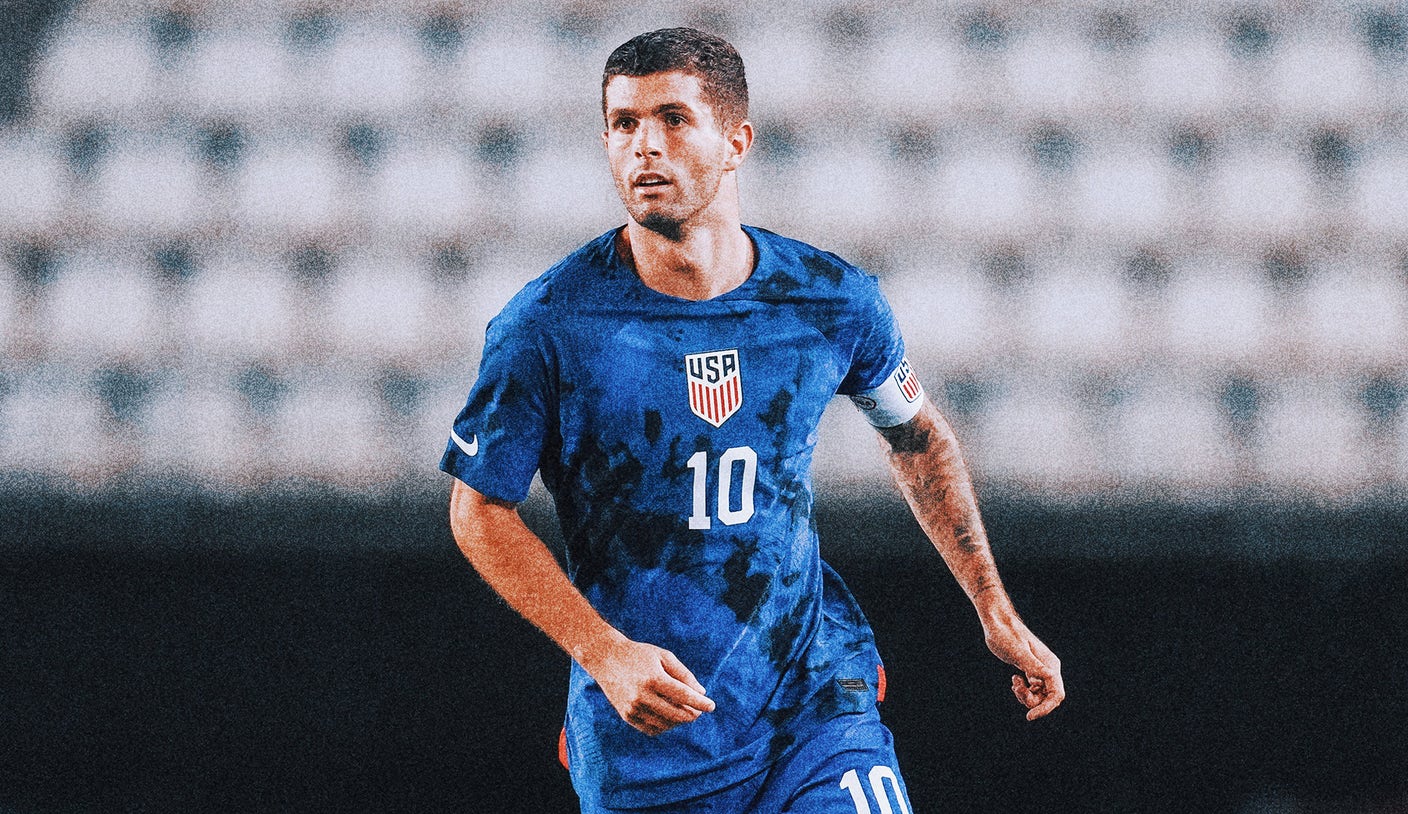 “Absolutely,” said the United States’ star winger, when quizzed whether, despite the crushing disappointment of surrendering a late lead to tie 1-1 with Wales, the Americans could find a way to beat heavily favored England in their next game Friday (2 p.m. ET on FOX and the FOX Sports App).

Wait, did I say crushing disappointment?

A setback is only crushing if you allow it to crush you, and there were precisely zero vibes like that from coach Gregg Berhalter’s players as they addressed what had just happened to kick off their Group B campaign.

Instead of being cowed by the reality that they were within eight minutes of making a dream start to the competition and giving themselves a foot in the knockout stage, the young, inexperienced, but fiercely united USA collective spoke with the intention of a team that doesn’t see why it should be afraid of European Championships runner-up England.

“I think we have a good enough team to make it out of this group,” Pulisic added. “England is our next test, and we are going to go in and be aggressive and try to win the game. I want to win. I’m very competitive. I love this team so much. I am honored to play in the World Cup for my country so the least I can do is give it everything I have.”

Spoken like a winner. Not the words, typically, of someone who has just seen their World Cup debut end with a late sucker punch. There was no athlete-speak about Pulisic’s answer, just a frank assessment of where he feels the team’s confidence level stands.

The blow Monday came after Wales had been dominated throughout the first half and Tim Weah had put the USA ahead, before Gareth Bale’s 82nd-minute penalty ensured the points were split.

To cope with a painful result and instantly vow to come back firing right away shows both character and courage. Who knows whether the Americans can cause an upset against an England squad that clattered Iran 6-2, or even come away with another precious point.

What was more important was that no more than an hour after the final whistle, they were mentally ready to throw themselves back into the fray. That’s the mark of a team that believes in what it is doing, not to mention Berhalter must have hit the right notes in his postgame debrief.

If the concept of speaking things into existence is as real as its disciples proclaim, you won’t want to miss Friday’s action from Al Bayt Stadium to the north of Doha.

“Look at the country that we’re representing,” Weah told me, clutching at his shirt just above the heart, because that’s where the crest is. “Our motto is definitely, ‘Bravery, relentlessness and fighting for our country.’ That’s what we have to do. We have a lot of people counting on us back home.”

“We have to keep our heads held high”

Tyler Adams talks about the U.S. surrendering a late lead to draw with Wales in the World Cup opener.

The scheduling of matches in World Cup groups is a bigger factor than most give credit to. If you were to put his feet to the fire, Berhalter would probably concede that he’d have rather been matched with Iran in Game 2 and England to finish off the group stage.

Yet maybe the usual rules don’t apply when it comes to a squad full of American World Cup rookies who don’t seem to understand the meaning of the word “fear.” Or, if they do, don’t know how to play like it.

They know of England’s reputation, they know what the expected result is. They know that millions of soccer fans around the world think they’ll be three points behind Wales once the next series of matches have been completed Friday night.

“I wouldn’t be in this business if I didn’t think I could beat whoever I’m on the pitch against,” goalkeeper Matt Turner said. “Obviously, England is a great team. They scored a lot of goals today, and they’ve had tremendous success at international tournaments. So they have a lot of quality and it’s going to take a great effort, but I can’t sit here and say we have no chance — otherwise why am I playing?”

With a number of players performing in the English Premier League or the second-tier Championship, England’s style of play — even with the midfield brilliance of teenage sensation Jude Bellingham and the forceful intensity of striker Harry Kane — will at least carry a feeling of familiarity about it.

“I think we match up well against them,” USA captain Tyler Adams said. “Football is a game of inches, and it comes down to minimal mistakes or minimal details. We’re obviously going to trust in our game plan, and we trust in the coach’s ability to set us up well. They have variables as well, so at the end of the day it comes down to certain moments of the game.”

Even the player with perhaps the most reason for a gloomy disposition could not have been further away from one. Walker Zimmerman’s challenge was called for the foul on Bale that led to the equalizing penalty kick, but you wouldn’t have known it as he stopped his walk through the bowels of Ahman bin Ali Stadium on the way to the team bus.

“We are focused on (England),” Zimmerman said. “We have already moved past this one. We know a result would be huge to get in the second game. We are going into every single game to win. That’s no different with the England game. We want to get three points to go a long way toward getting out of the group, and we know the moments are important.”

Is Cristiano Ronaldo’s move to Al-Nassr BAD for soccer? | SOTU

Can ANYONE beat Neymar, Brazil in the 2022 FIFA World Cup knockout stage? | SOTU

Are Cowboys trustworthy as contenders despite a 9-3 record? | THE HERD