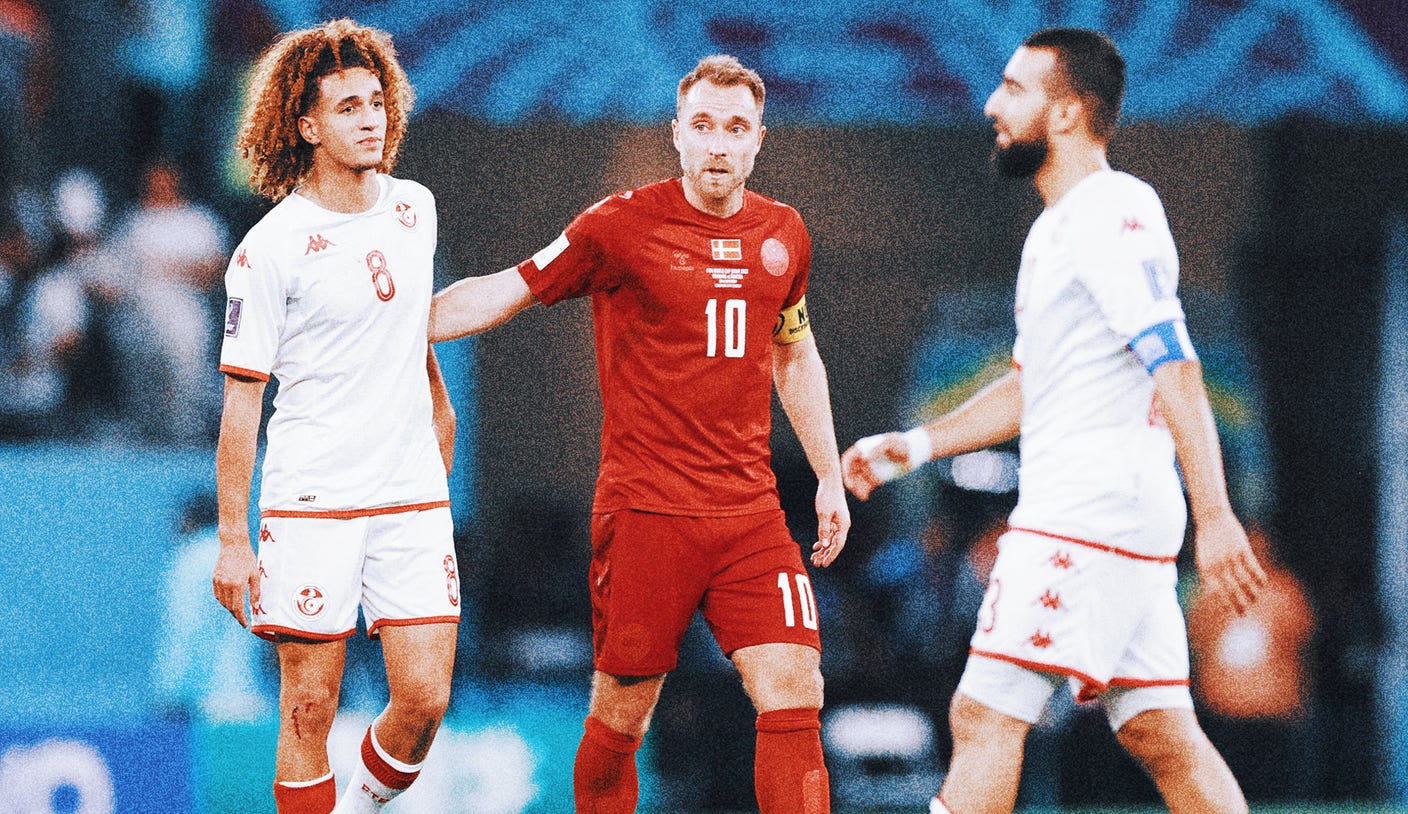 The first scoreless draw of the 2022 FIFA World Cup came on Tuesday, when Denmark and Tunisia face off at Education City Stadium. “World Cup Today” analysts Jimmy Conrad, Sacha Kljestan and Maurice Edu gave their three takeaways from the game.

1. Conrad: You need a hot goalkeeper to compete

I thought Kasper Schmeichel really stepped up and made the key saves. He stood Issam Jebali up and got his big paw across goal. That is world-class goalkeeping. If that got scored there, maybe Tunisia don’t run away with it, but it might have given them the momentum we saw in the earlier game with Saudi Arabia; the belief that, “Hey, today is our day. We’re making it our day, we’re creating our own luck.”

And Kasper Schmeichel said absolutely not; he gave them the old Dikembe Mutombo finger wag. It was an excellent, excellent goalkeeping display from Kasper Schmeichel. If Denmark is going to make a deep run in it, he’s going to have to continue to do that.

Hopefully at some point, the offense starts firing on all cylinders, which will take some pressure off of the defense and goalkeeper to be perfect every game.

2. Edu: Nothing is given at the World Cup

If you don’t take your chances, you leave the door open for another team to steal points from you. We saw three points earned by Saudi Arabia in the first game and in this game, you’re sharing points because in certain moments, you had the chance to put the game away — the save that Kasper Schmeichel made and the clear chance that Denmark had in the second half — to put the game away and earn your three points and didn’t take it.

It’s a game of margins. It’s that simple. And those margins are magnified when you don’t take them and even more when you do take them. We’re just learning, and we’re seeing how the opening game plays out for different teams, but for some it will be unforgivable as well.

3. Kljestan: There was no difference-maker

Tunisia had so many chances to take this game in the first half and they missed them. You need a difference-maker. I really like this Denmark team, but I really do have questions about who’s going to be the big time difference-maker.

Who’s going to be the guy that gets them a goal when they need it? I think we can say the same thing about Tunisia right now. The battle of the midfield can go and on, but sometimes soccer’s just about who can make plays in the boxes and today nobody could make a big play.

Denmark and Tunisia ran a slow first half to kick off the match, with stronger on-goal shots by Denmark despite a fairly even spread of possession.