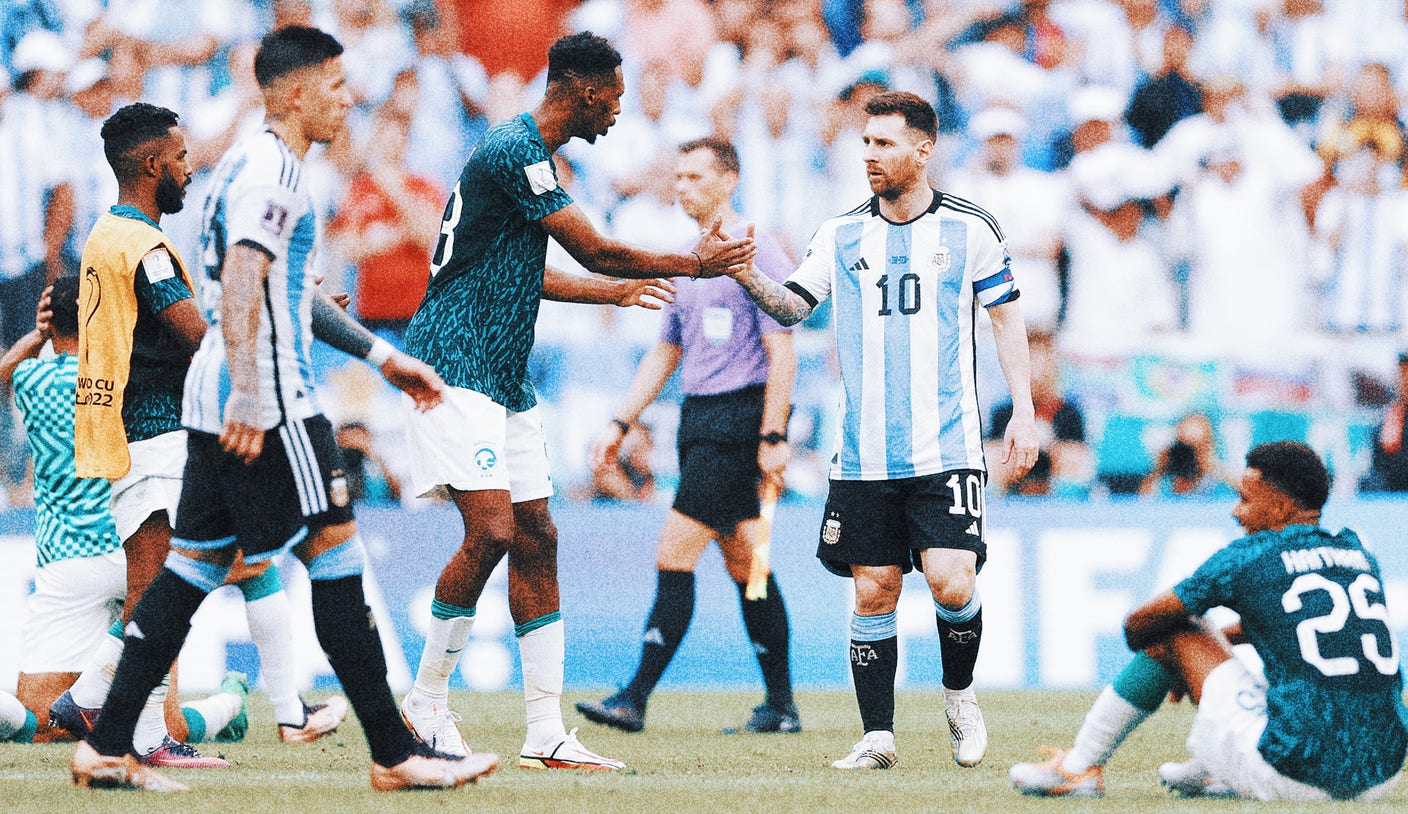 Lionel Messi and Argentina were stunned by Saudi Arabia in their World Cup opener at the Lusail Stadium on Tuesday.

“World Cup Now” analysts Jimmy Conrad, Maurice Edu and Melissa Ortiz discuss their three takeaways from the biggest upset of the tournament so far and one of the biggest in World Cup history.

It’s the lack of fear within that team. Someone steps in and makes a play and that moment kid of dictates the way the play in the second half. The tenacity of their defending was wonderful — they stripped Messi of the ball.

2. Conrad: This group is wide open

Group C stands for chaos, everybody, because now it ha been flipped on its head with Saudi Arabia getting this big win, and I think the implications of this Mexico-Poland (11 a.m. ET on FOX and the FOX Sports app) game that’s kicking off a little later on FOX is going to be absolutely amazing. I can’t wait to watch that game.

3. Ortiz: Argentina must fix its defense

Today, we did not see a defensive line that would usually win a championship, but defense makes champions. Could Argentina be the exception to this statement that everybody always banks on? I truly think so. I completely respect Saudi Arabia. They tested and put Argentina’s defense under pressure.

Maurice Edu gives a motivational slogan to Argentina fans: “In Messi, we trust.”

Niclas Otamendi made a big mistake and was caught off guard; his body position was really poor on the first goal. Then Cristian Romero was taken out. This has to be something that needs to resolved going into the next match if they want to go out and win the World Cup that we all expect.

Prince William advises England on how to block distractions