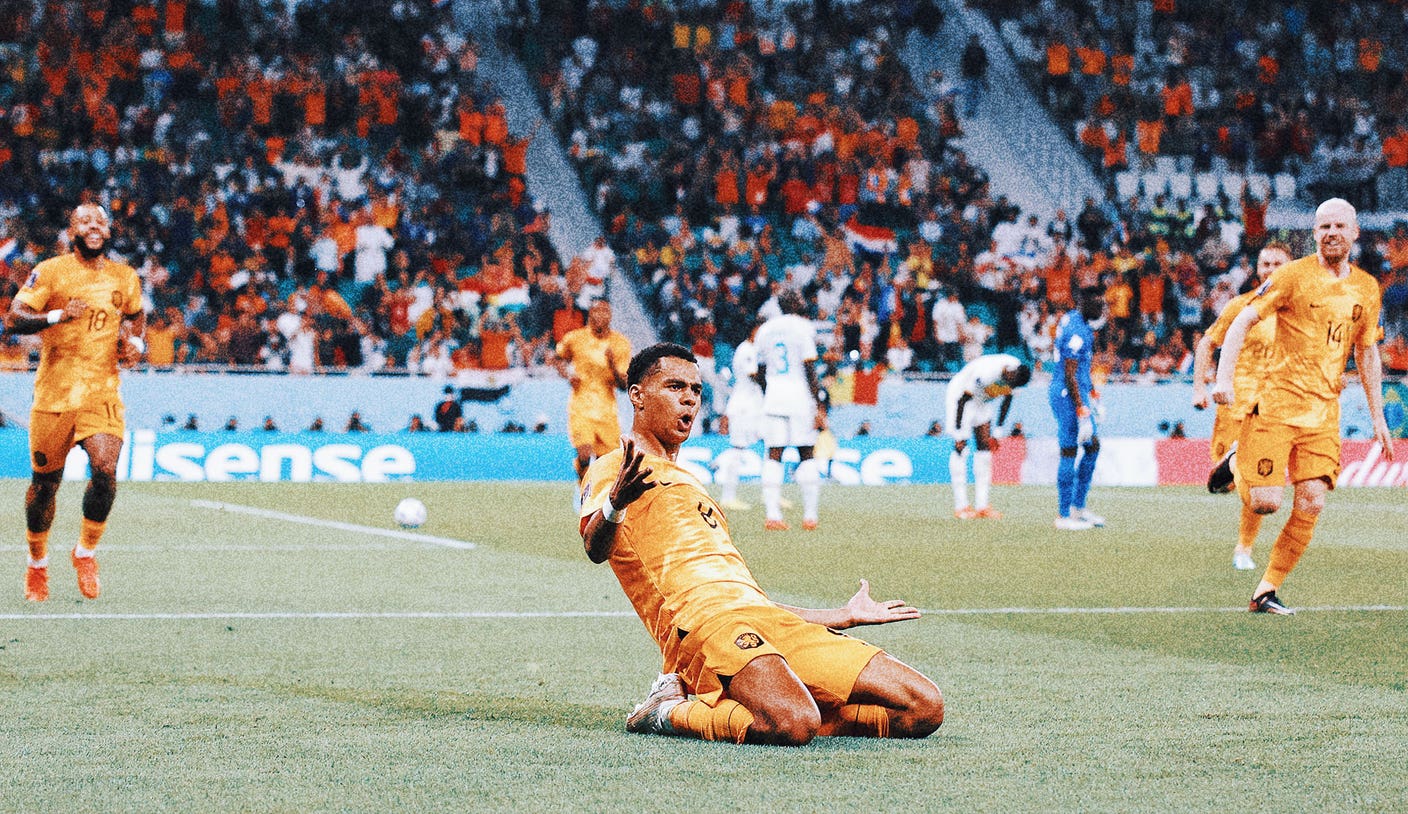 It didn’t come easy, but the Netherlands left Al Thumama Stadium with all three points thanks to a pair of goals in the final 20 minutes, including one in stoppage time.

1. Barton: The Netherlands has come a long way

Maybe 2-0 flatters the Dutch a little bit, but I’m really pleased with the way that they kept their discipline. I thought they looked solid at the back — Virgil Van Dijk is obviously a rock, and he’s the one that sets the tone — and I think it gives them a really great platform to go forward.

2. Conrad: The Netherlands played too safe

I thought the first 45 minutes, first half, was a little uneventful, and then it started to pick up a little bit when the subs came on. But maybe that was the plan along from Louis Van Gaal. He’s obviously a tremendous manager and he’s got some players that know what they’re doing out there. But I don’t know if they can play safe against Ecuador in the next matchday, especially since they’re both at the top of the table. I really do believe Ecuador are going to pose a much bigger challenge than Senegal and challenge them in different ways.

3. Kljestan: Difference-makers made the, well, difference

Senegal, they lacked a difference-maker. The Netherlands have Memphis Depay, Frenkie de Jong, Cody Gakpo — difference-makers tonight. It was a pretty close game between both teams. I don’t think it’s all doom and gloom for Senegal. I think they still have a very good chance of getting out of this group. They just need to regroup and get ready for the next one.

Undefeated vs. undefeated: No. 3 Michigan vs No. 2 Ohio State | THE HERD