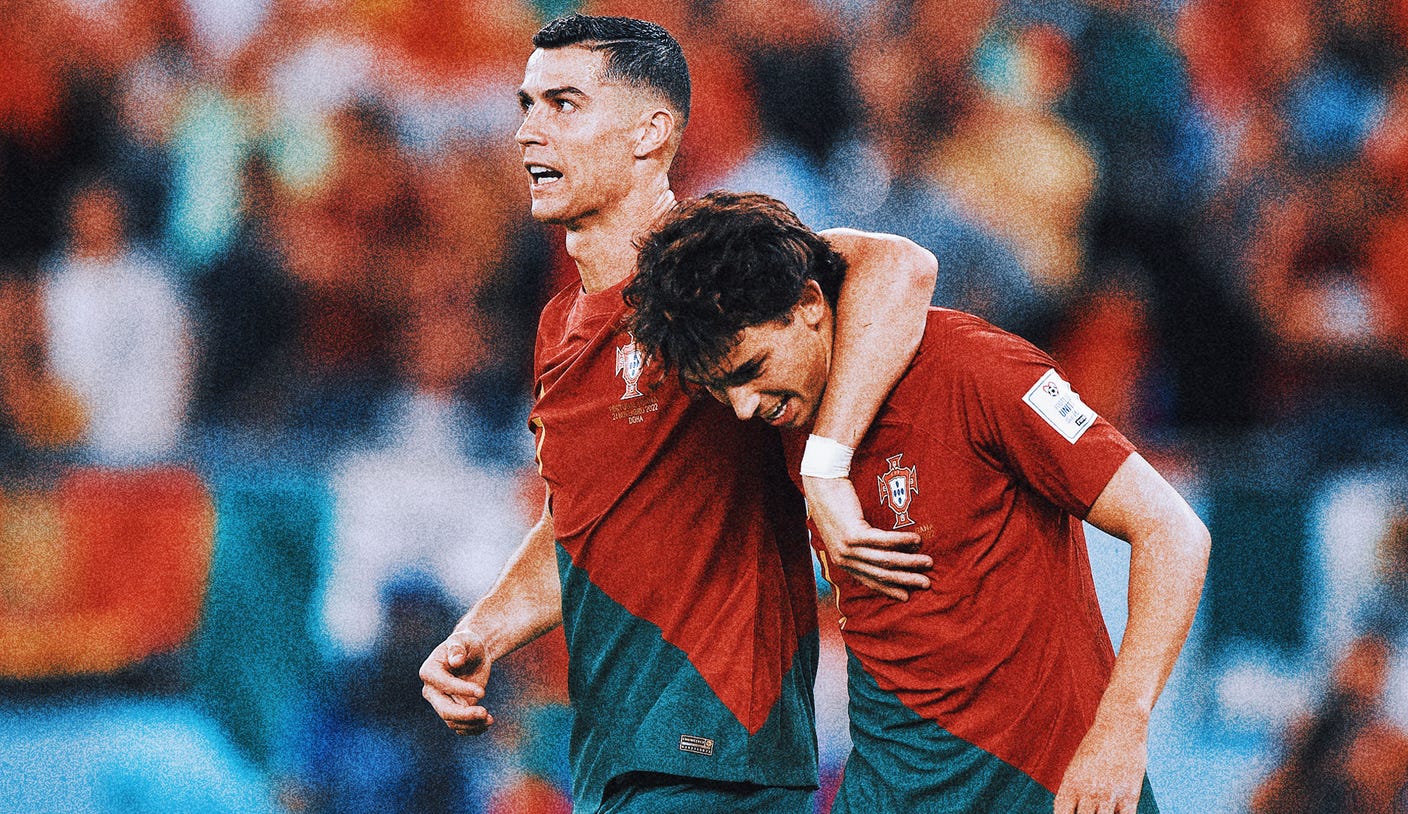 World Cup Now: Man of the Match for Portugal vs. Ghana

Portugal held off Ghana to win its first game of the 2022 FIFA World Cup 3-2. Cristiano Ronaldo became the first man to score in five different World Cups, but was he the Man of the Match for Fernando Santos’ side? Former United States men’s national team players DaMarcus Beasley, Jimmy Conrad and Sacha Kljestan make their picks on “World Cup Tonight.”

His performance in the second half was what you need your stars to do: You need them to step up in big moments. I think he had a game that he knows he can improve, but at the same time he played the two passes that led to the two goals that ultimately won the match. That’s what you need. You need the guys that, if the game’s not going well individually, can do their part and affect the game in a positive way.

He didn’t start, he comes on in the 77th minutes and Portugal score in the 87th minute. Coincidence? I think not. And then on his very first touch, he scores what ends up being the game-winning goal. I know he didn’t play much, but he obviously had a massive impact, very similar to the Japanese subs that came on to score against Germany and win it. I’m going with my super-sub for my Man of the Match.

He’s such a special player. He’s been doing it for so long. He’s been scoring in World Cups since before I was a professional. When you stay at a high level for that long, mad respect.

It was Portugal’s first win in an opening game of the WC since 2006.

Uruguay coach Diego Alonso gets drilled in the head by an errant touch during match against South Korea.

Undefeated vs. undefeated: No. 3 Michigan vs No. 2 Ohio State | THE HERD